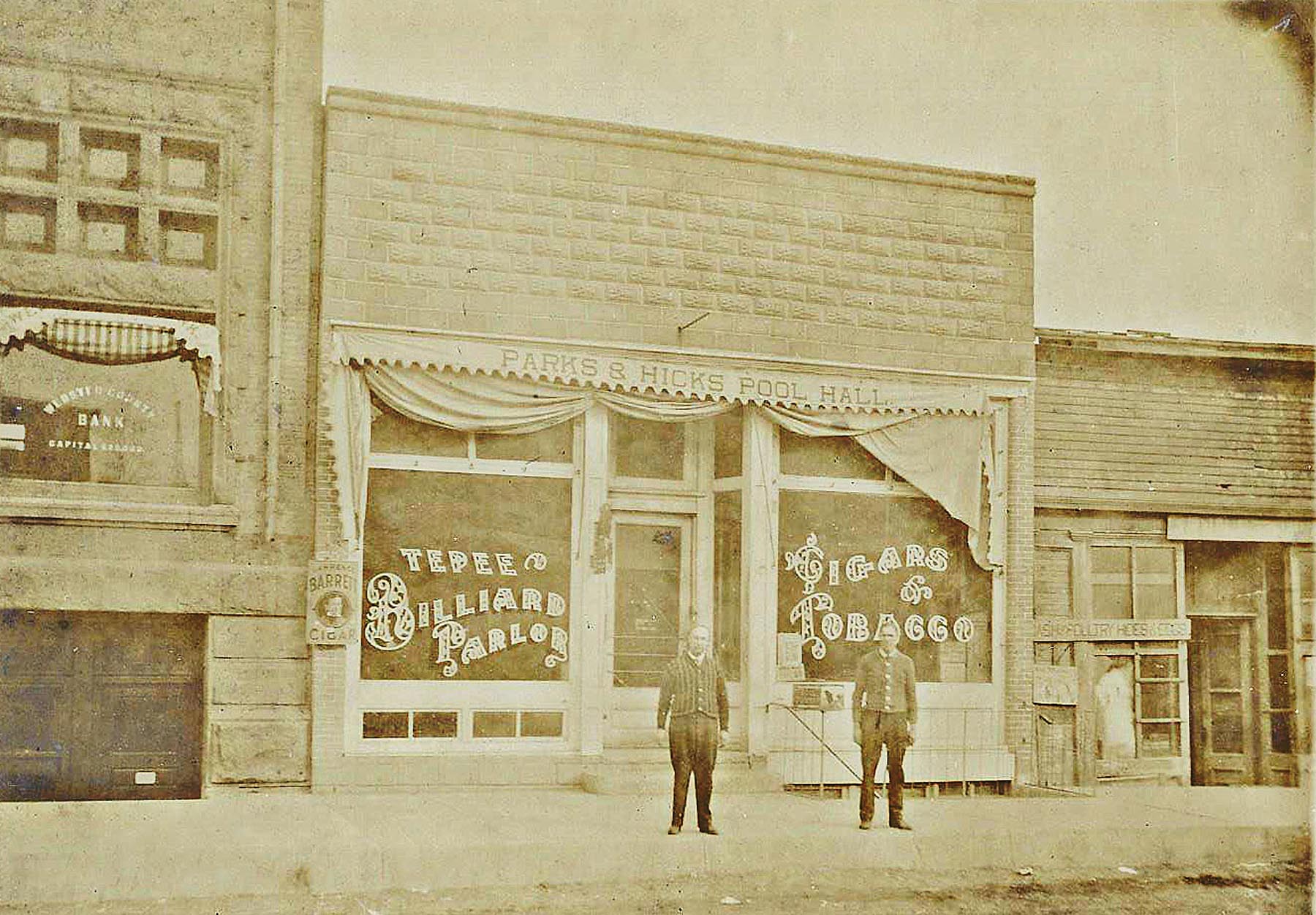 Over time, numerous businesses were found in more than one structure at this location, the first door south of the Farmers & Merchants Bank building. A cobbler shop and small office were once located here. In 1897 a restaurant occupied the site. In 1910 The Parks and Hicks Pool Hall, featuring The Tepee Billiards Parlor, advertised cigars and tobacco. 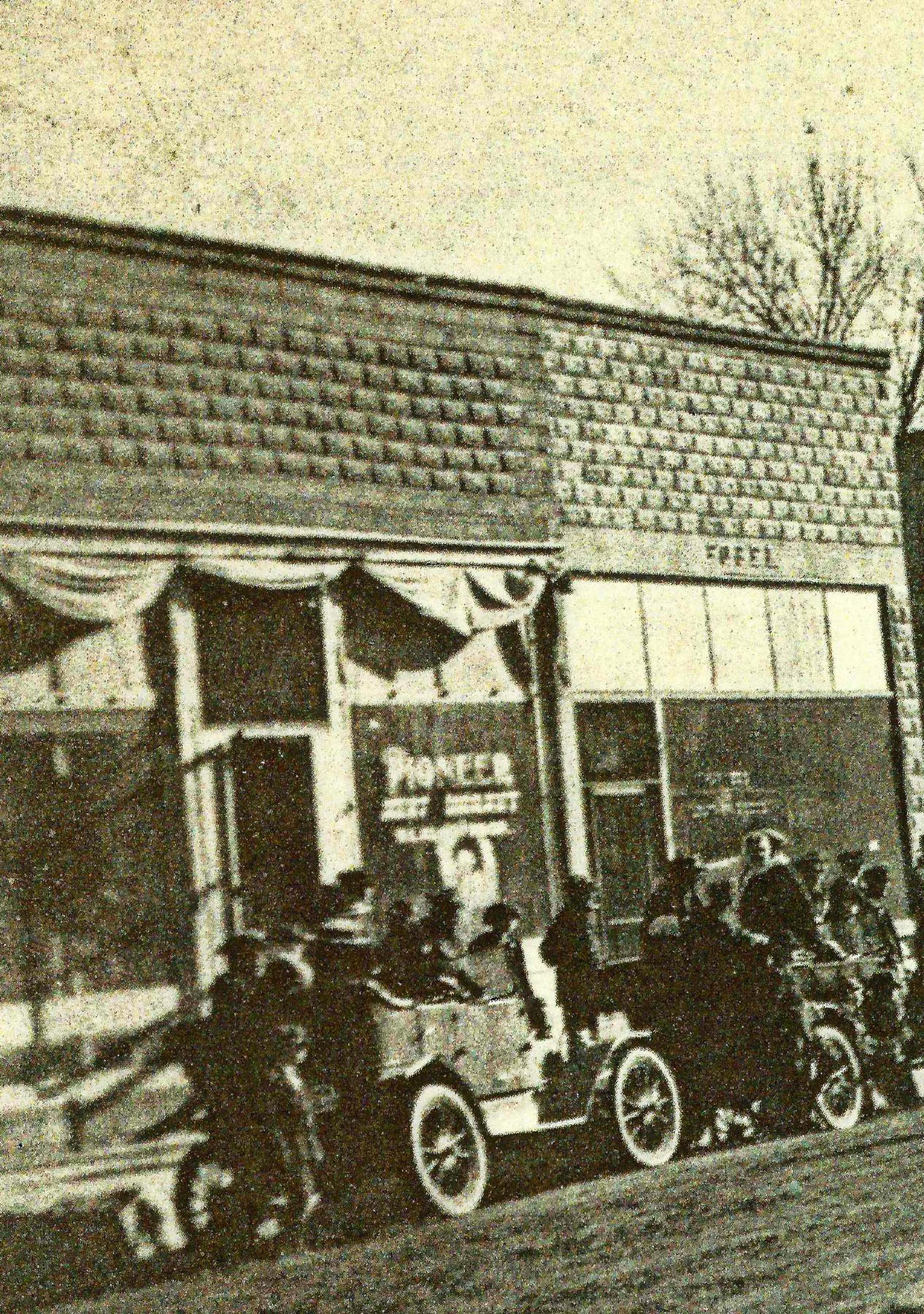 What had previously been the meat market of F. A. Hildebrandt in the early 20’s was sold to William K. Koon in 1923. He opened a meat market in this same building under the name, Pioneer Meat Market. Later the family business was expanded to include his son, Bill Koon, and son-in-law, Carl Ware. The family sold the business sometime after the mid-1950’s. In later years, it housed a car parts store and later was annexed as a part of the pool hall/bar located to its south. 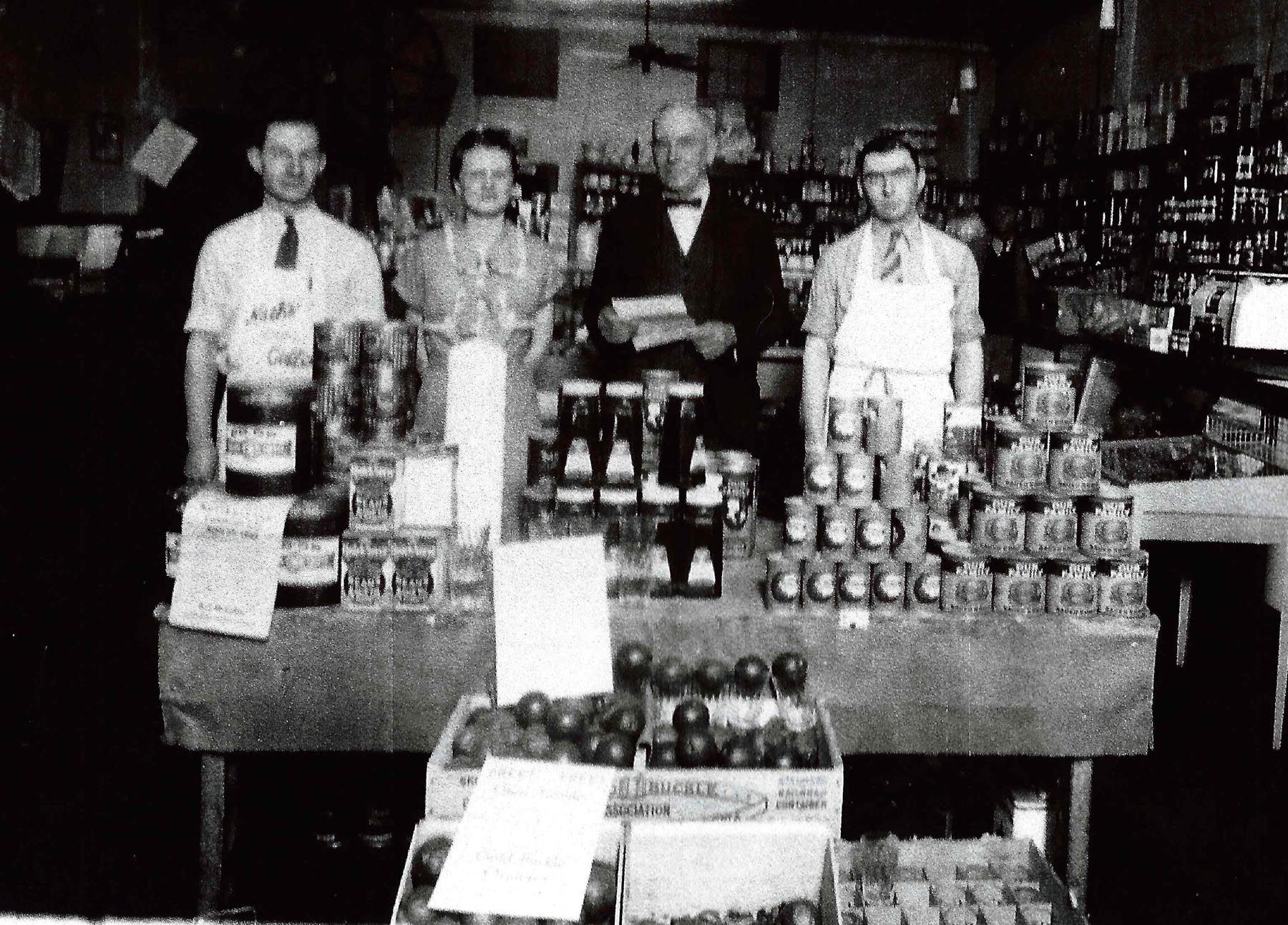 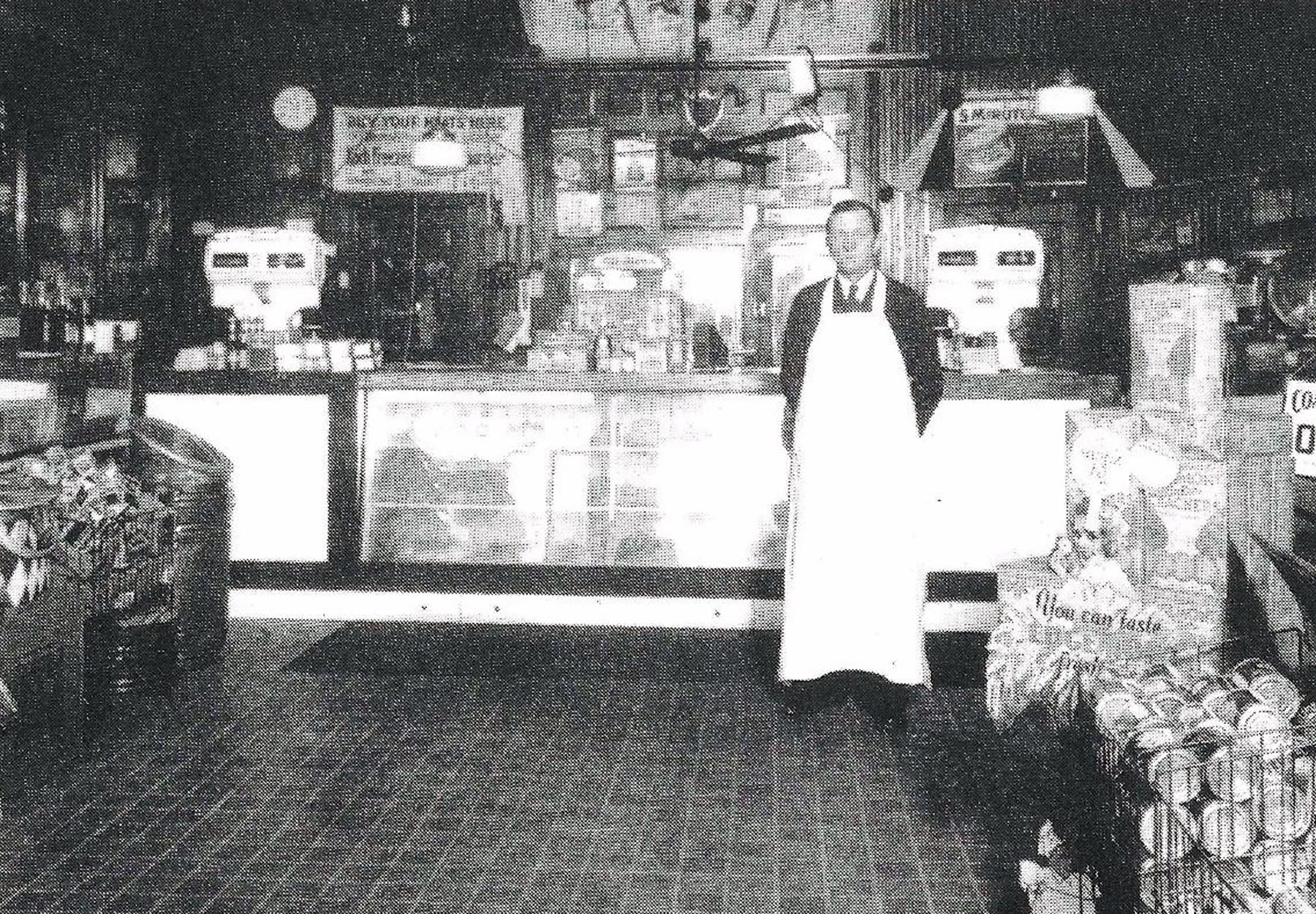