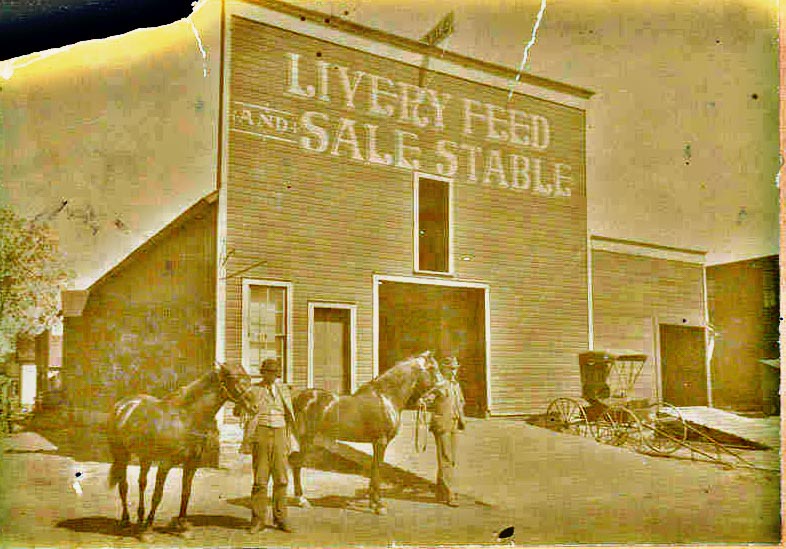 Most likely the first livery barn in Red Cloud was that of J. C. Warner. Built in 1873, it was located on the northeast corner of Fourth Avenue and Elm Street. Measuring approximately 120’ by 50’, it was constructed of wood hauled from distances of 60 to 90 miles. This was accomplished by freighters with large heavy duty wagons pulled by teams comprised of multiple horses or oxen. The first freighters learned early on that the Indians weren’t as interested in the bovine teams so this became the given choice of some. In 1922 the aforementioned barn burned and was replaced by a Deep Rock Filling Station.

It appears that at least eight livery barns existed in Red Cloud at the peak of their existence. Many of these local facilities were coupled with related services including the sale of horses or mules, feed sales, wagon and buggy manufacturing, repairs, and sales. Wheelwrights, blacksmiths, farriers, and veterinarians were also integral individuals associated with local barns. Warner, Smith, Ross, Barkley, Smith, Bailey, McQuire, Boyce, Gates, Post, Crabill, Rudrow, Koontz, Haskins, McAvoy, Boren, Holcomb, Richardson, Holland, Farrell, Henderson, and Waterman were some of the names associated with livery barns in Red Cloud. 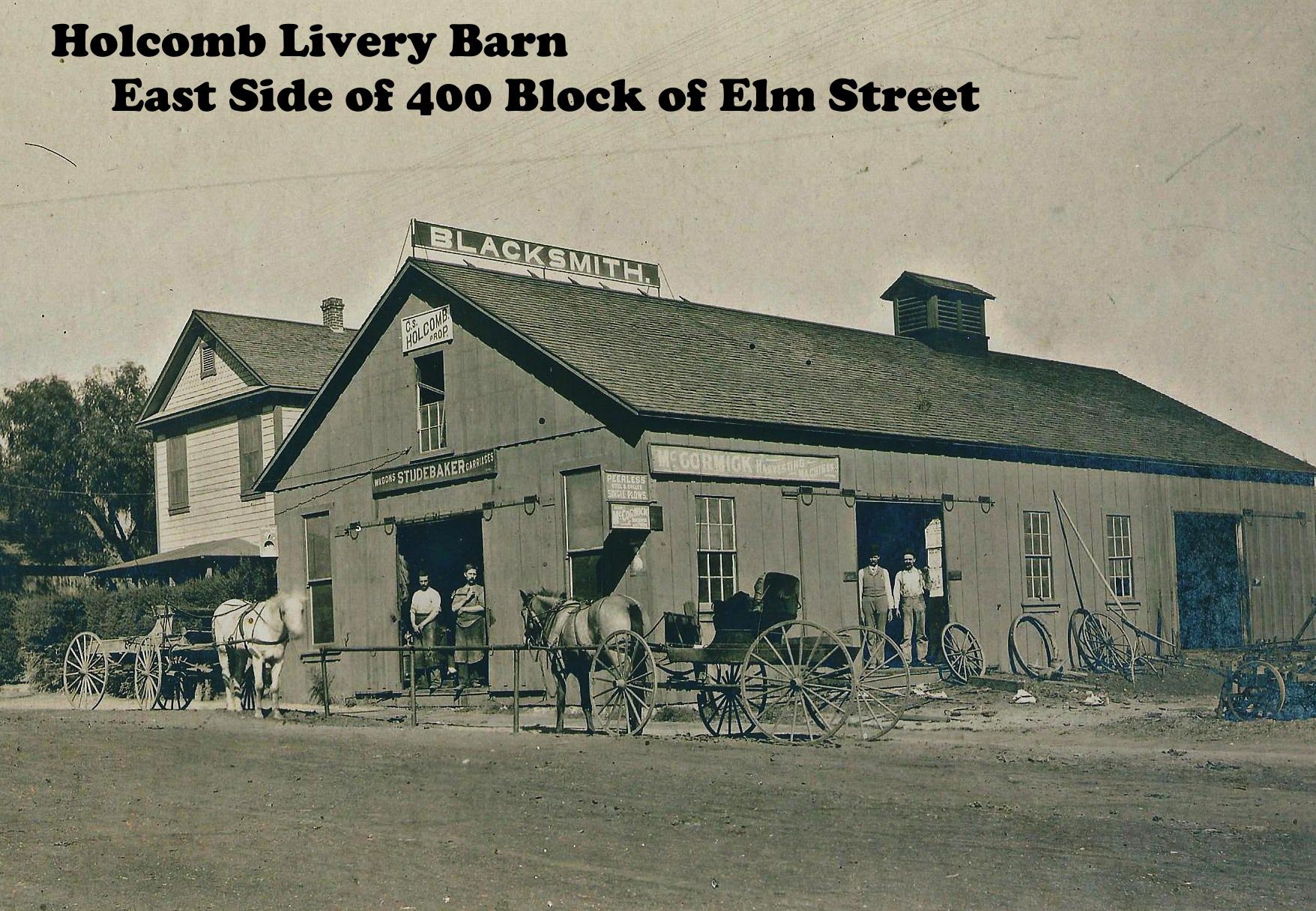 Various businesses such as lumberyards, hotels, and grocery stores had a need for livery facilities. The size, scope, wishes, and wealth of each operation were some of the determining factors in deciding their reliance on such an enterprise. Due to a large volume of deliveries requiring various teams and wagons, a lumberyard might easily have warranted owning their own facility. Whereas, a grocer only having/needing one horse and delivery wagon might have opted for livery services provided by one of the barns. Other businesses that sometimes relied on livery services included the undertaking parlors (today’s funeral homes). Their needs might have included a driver and needed equines to pull its hearse, a pallbearers’ wagon, or a surrey or buggy to transport the grieving family. One of the local parlors owned a white pony and miniature white hearse to transport infants and young children to their final resting places.