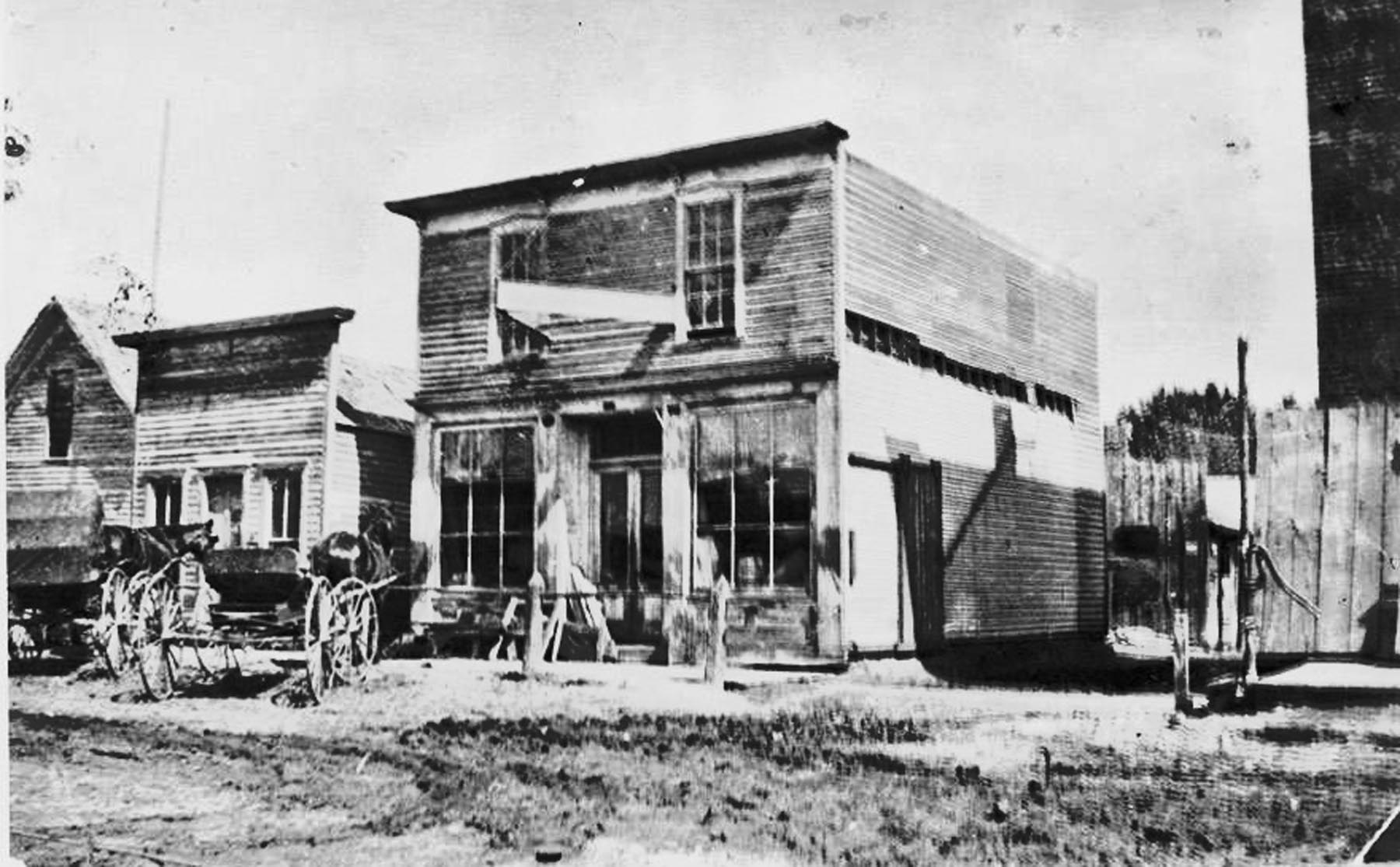 This Blue Front building was home to numerous enterprises during its lifetime. Some of these included the second-hand stores of Johnson & Co. and C. F. Evans, and Jake Nustein’s cigar manufacturing enterprise. The Blue Front was also the original home of the Miner Brothers store when they first located in Red Cloud in 1878. Often just referred to as the Blue Front, a popular cigar brand of Nustein’s was also sold under that logo and was quite possibly first produced when Nustein operated out of that facility.

Regardless of what endeavor occupied the main floor, the second floor maintained at least a rumored existence of a gambling establishment. A few businessmen from the area seemed to have a thirst for such activities and were known to be well-seasoned in that avocation. With eight trains through a day and Red Cloud having the honor of being the division point between Kansas City and Denver, playing buddies were said to be plentiful. Willa Cather alludes to this in some of her writings as well.

Unfortunately it was from a rear balcony/staircase of this building where the genial, sometimes described as an eccentric old man met his death. His one obituary stated that he had dug most of the graves of the many people who had preceded him to the great beyond. Popular with the townspeople, he was many times referenced as “Uncle Billy.” Since there was more than one newspaper in the town at the time, (Red Cloud had five papers at one time during the early days.) you had a choice of scenarios as to how this occurred. In one account it tells of a disoriented “Uncle Billy” waking in the middle of the night, sleepwalking and falling to his demise from his living quarters which were also located to the rear of the second floor. (This back stair was also how everyone gained access to any second floor activities.) Another publication wasn’t quite so kind in their report of the event, and insinuated that his demise was possibly attached to illicit activities occurring on the second floor. Take your choice. 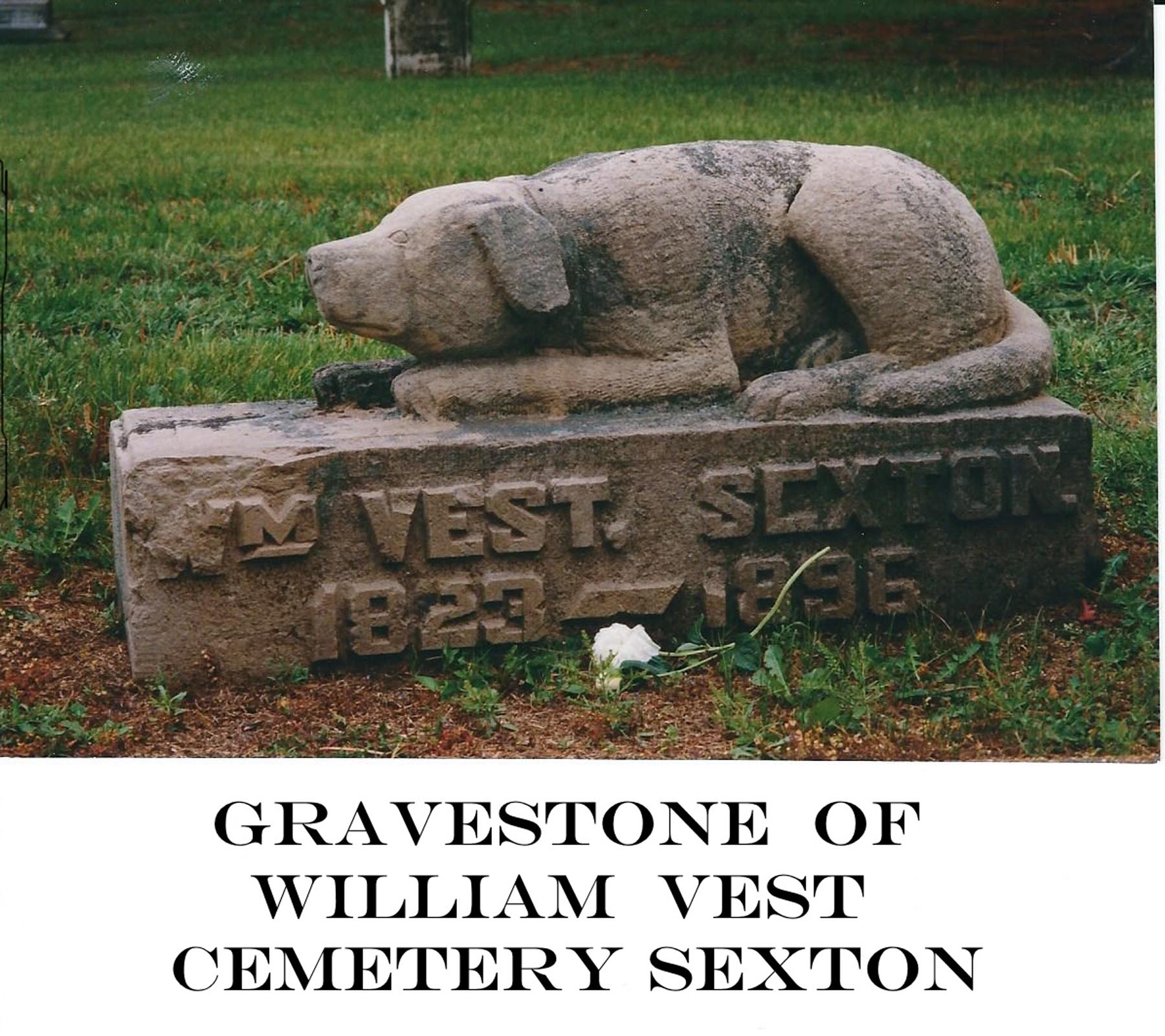 An interesting gravestone marks his final resting place. It was ordered and paid for by Dr. Robert Damerell, a local physician who was known for his benevolence. A product of one of the local stone sculptors, the marker is a sculpture of Uncle Billy’s dog and constant companion. Supposedly long after his master had passed, Uncle Billy’s “best friend” chose to lay at his master’s burial site, almost as if he was fulfilling a role as sentinel. After the dog had passed, Dr. Damerell ordered this stone which seemed only fitting.