In 1898 Lincoln Telephone & Telegraph, also known as “The Bell System,” agreed to establish phone service to Red Cloud if forty subscriptions were sold. This was achieved in just over a week. 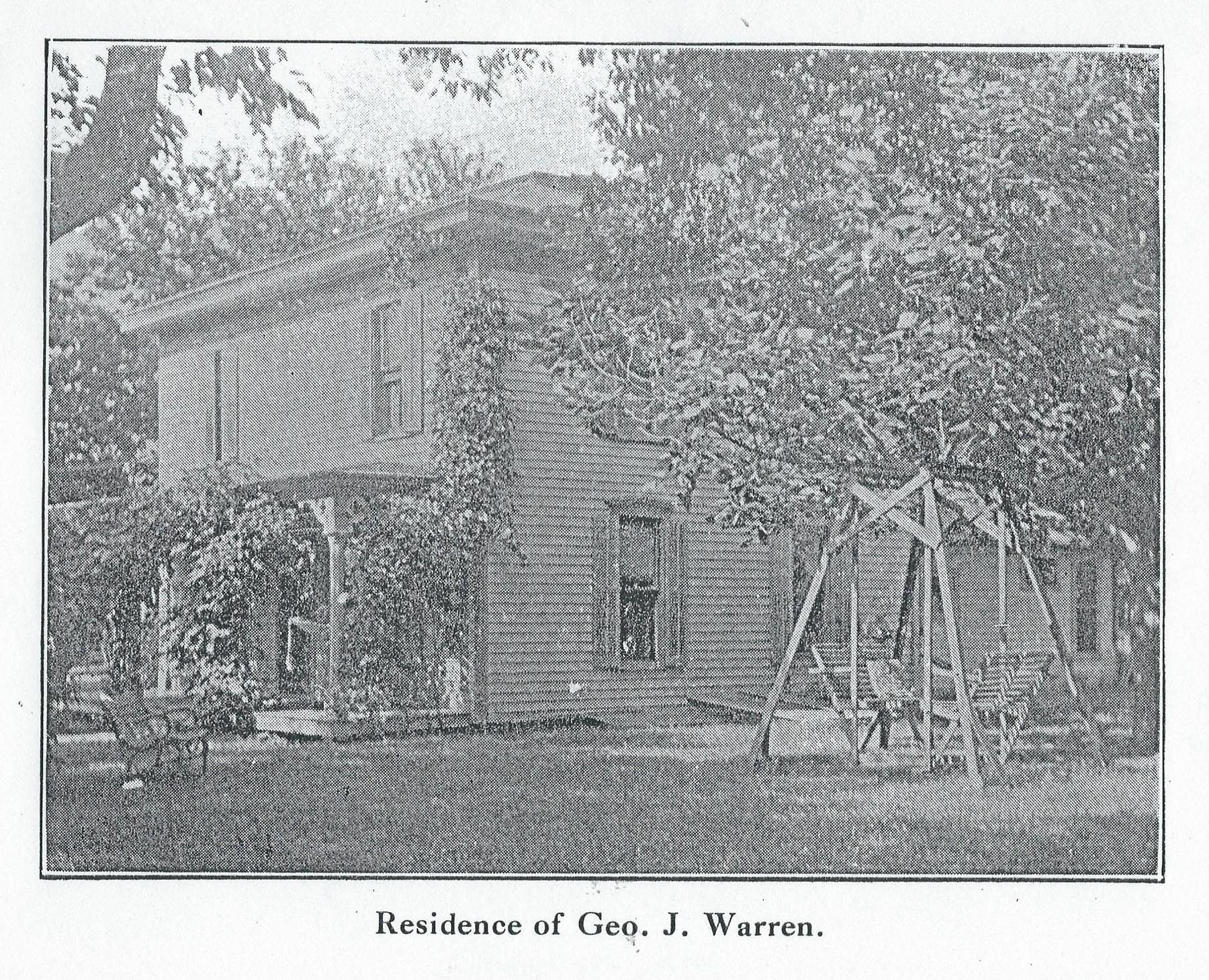 George Warren was named the local LT&T manager in 1899. At that time, the switchboard was moved to his 1893 residence on the northwest corner of West Fifth Avenue and Walnut Streets. Warren had established himself in Red Cloud years ago as editor of the Webster County Argus newspaper for 17 years, postmaster from 1889-1892, as well as past city alderman and mayor. He had also established the first moving picture show theater, “The Tepee,” in Red Cloud. 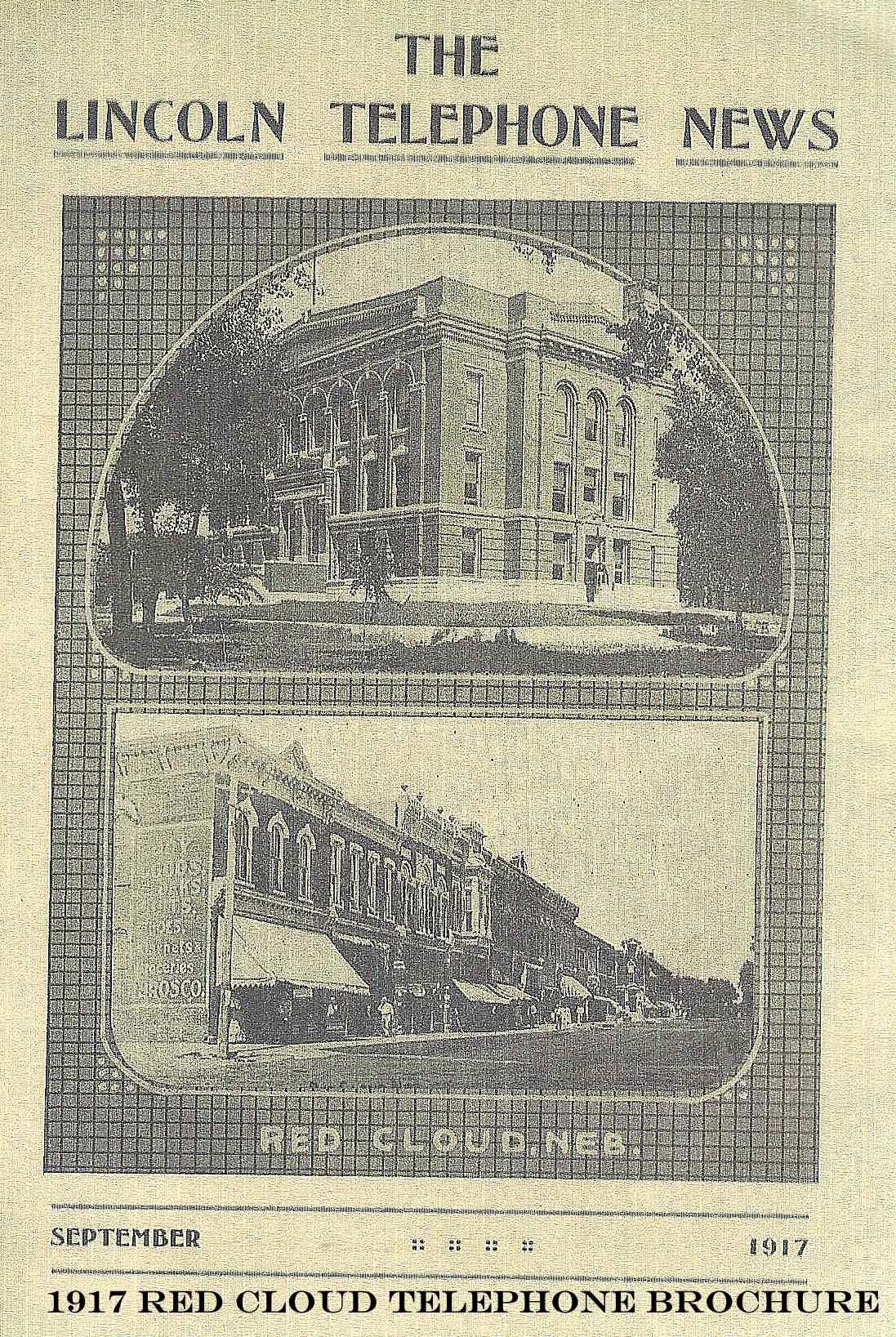 Starting in around 1904 Red Cloud was served by two phone companies when the Farmers Mutual (“the Independent”) Telephone Company established its presence in town. Since “the Independent” had six lines coming into Red Cloud, they were the larger operation. However, according to this 1917 brochure, Lincoln Telephone & Telegraph had 291 Red Cloud subscribers.

Each company operated independently of the other. Therefore in an attempt to be accessible to as many customers as possible, most businesses chose to subscribe to both services. By 1917, competition between the two companies had reached feverish proportions, and various strategies were employed by both operations to gain a stronger position in the local market. LT & T went as far as refusing to switch local long distance calls through their switchboard to other towns. Not having connections with other towns, the Independent was forced to reach a compromise in order to survive. However, for a time each made equipment updates and used various strategies to lure new subscribers. Eventually, “The Bell” prevailed and all phone service came under their management. 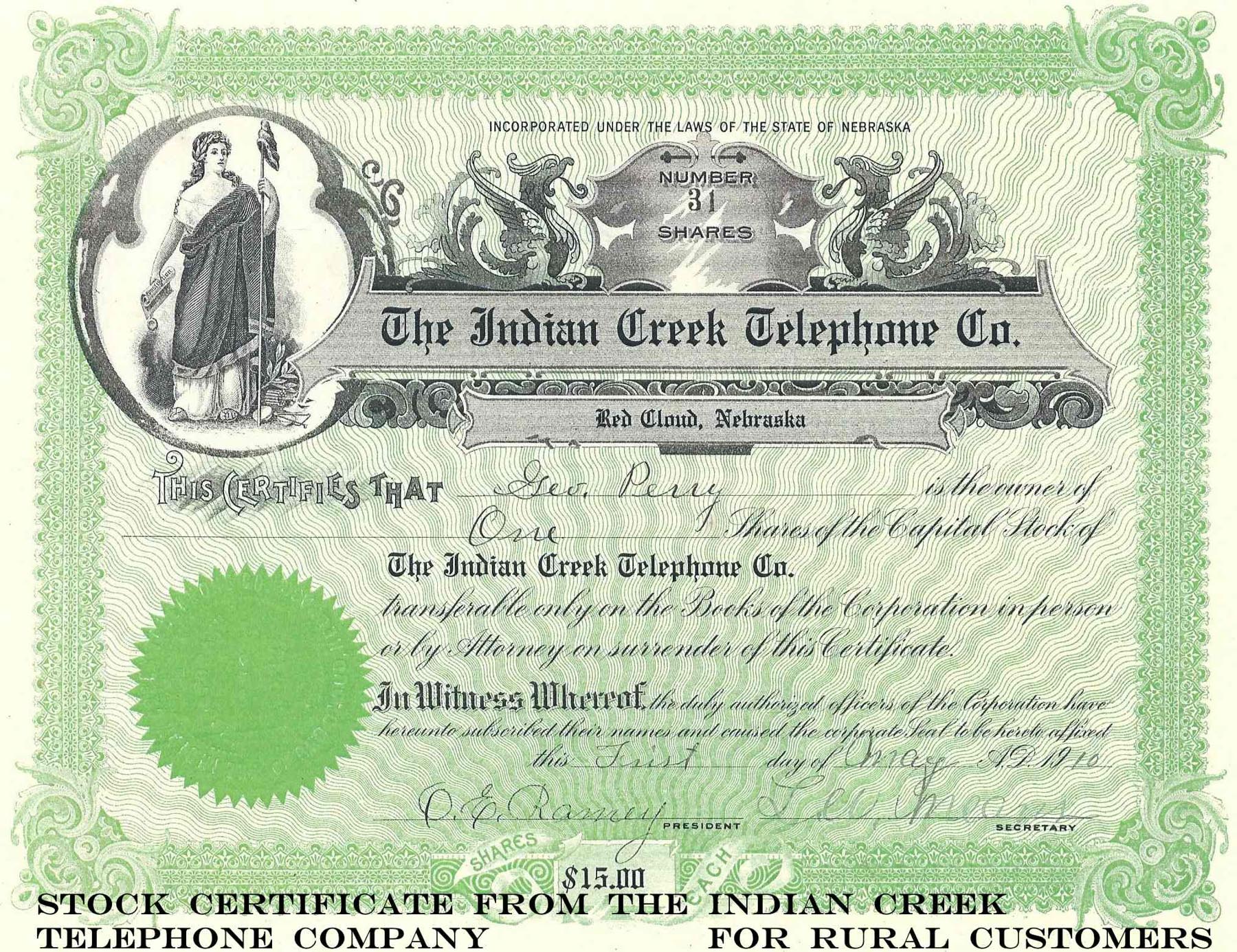 (The) “Central” (switchboard) often played the role as an information center for the community. An example of this could have been when someone called with an emergency. Unable to reach the needed party, many times “central” would come to the rescue. After all, a switchboard operator had the potential ability to know everyone’s business and oftentimes where someone was. It doesn’t appear that confidentiality agreements were in use during that time period in rural Nebraska. However, some loose-tongued individuals might not have kept their employment for very long. All kidding aside, when you consider the impact of a telephone operator could have in certain situations, it was not a job to regard lightly.

Another phone enterprise, The Indian Creek Telephone Company, was established for rural customers west and north of Red Cloud. Other such companies were most likely established in additional surrounding rural areas.