The first recorded building at this location was that of Silas Garber. The lumber for the small frame structure was hauled by freighters with oxen from Grand Island, 60 miles north. Garber later sold it to the county for use as a courthouse. 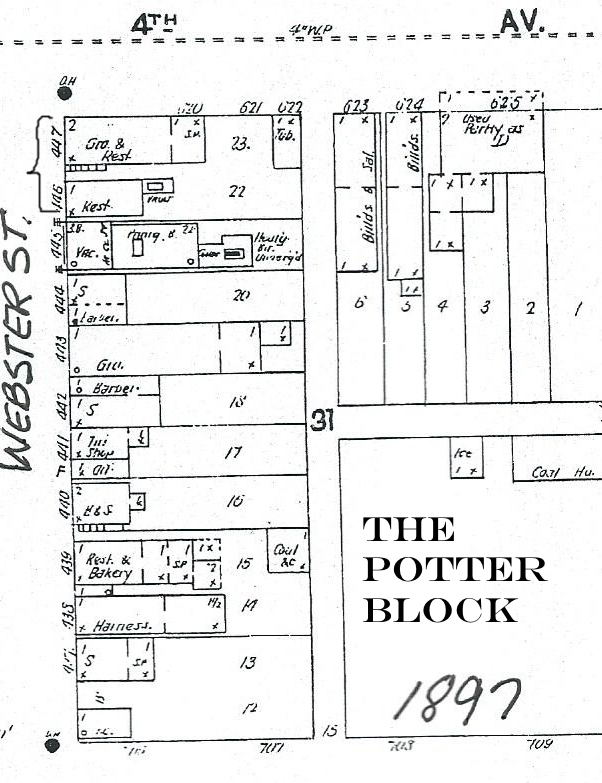 Prior to the massive brick structure built in 1901, this location housed two frame false front buildings.

According to an 1895 photo, George Whitson occupied the north two story structure with his hardware and stove, and furniture business. The inset of an 1897 Sanborn Fire Map shows that location was occupied by a grocery store and restaurants.