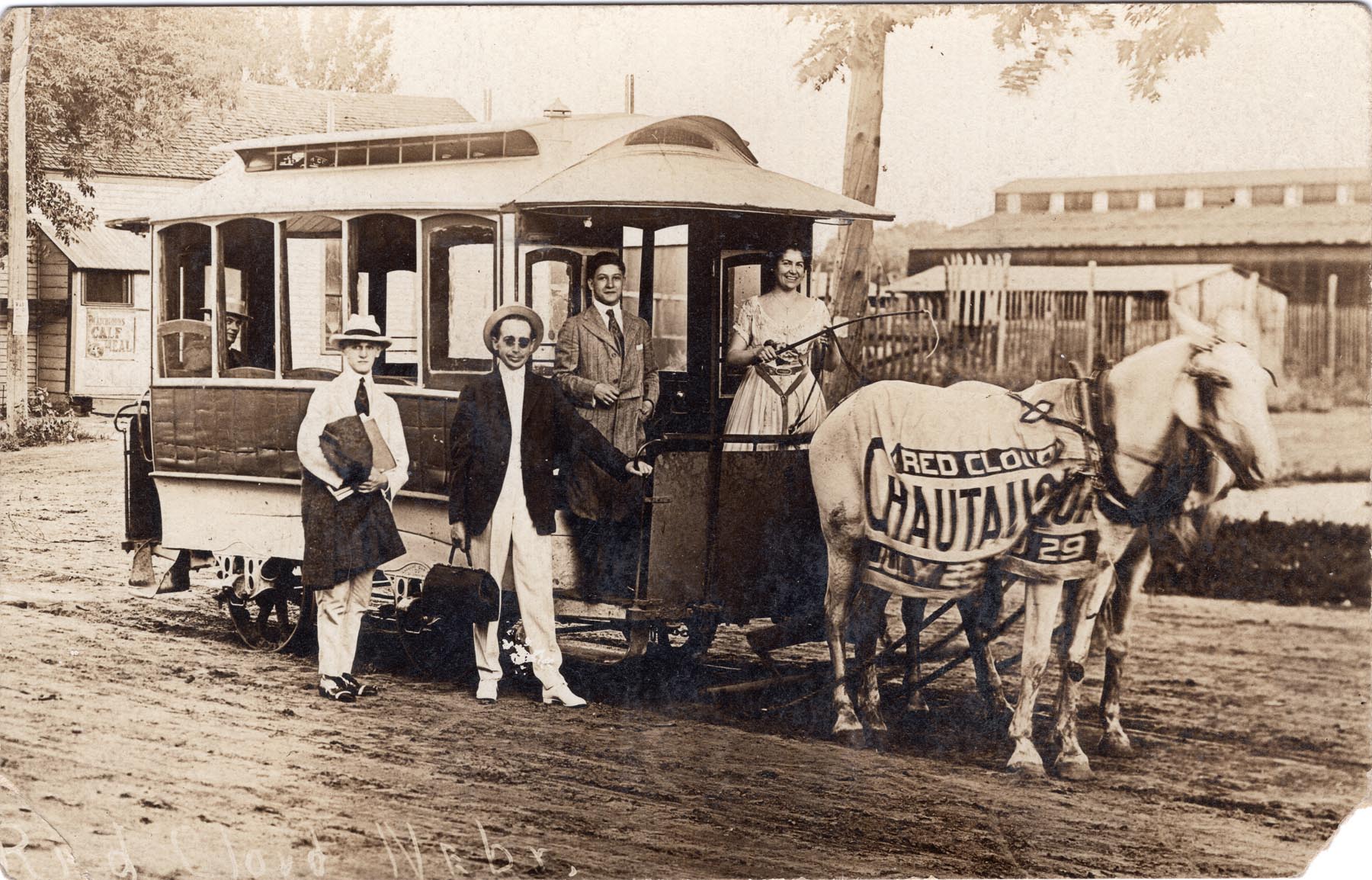 In the November 1887 election, the citizens voted to approve a street railway for Red Cloud. The firm of Flaisig Brothers had requested the franchise to construct and operate a street railway system. It was to operate between the hours of six a.m. and ten p.m. and run at 30 minute intervals. The cost was set at five cents each way. The line was to be constructed between the two downtown hotels, the Gardner House and the Holland House on East Fourth Avenue, and the Burlington & Missouri railroad depot. 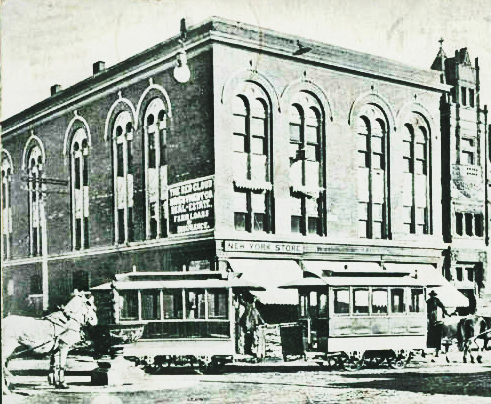 The route took the cars from the hotels which were both at Fourth Avenue and Elm Street to the downtown intersection on Webster where it would turn south for one block and then turn the corner west at Third Avenue. It continued west for two blocks and then turned a soft left to the south. When it reached Seward Street it continued along south, making another soft turn to the left at Division Street until it reached the depot. Upon reaching its destination the team would be unhitched from the one end and re-hitched to the other for the return trip uptown. The rails were much like those used by the railroad but approximately one-half the size.* 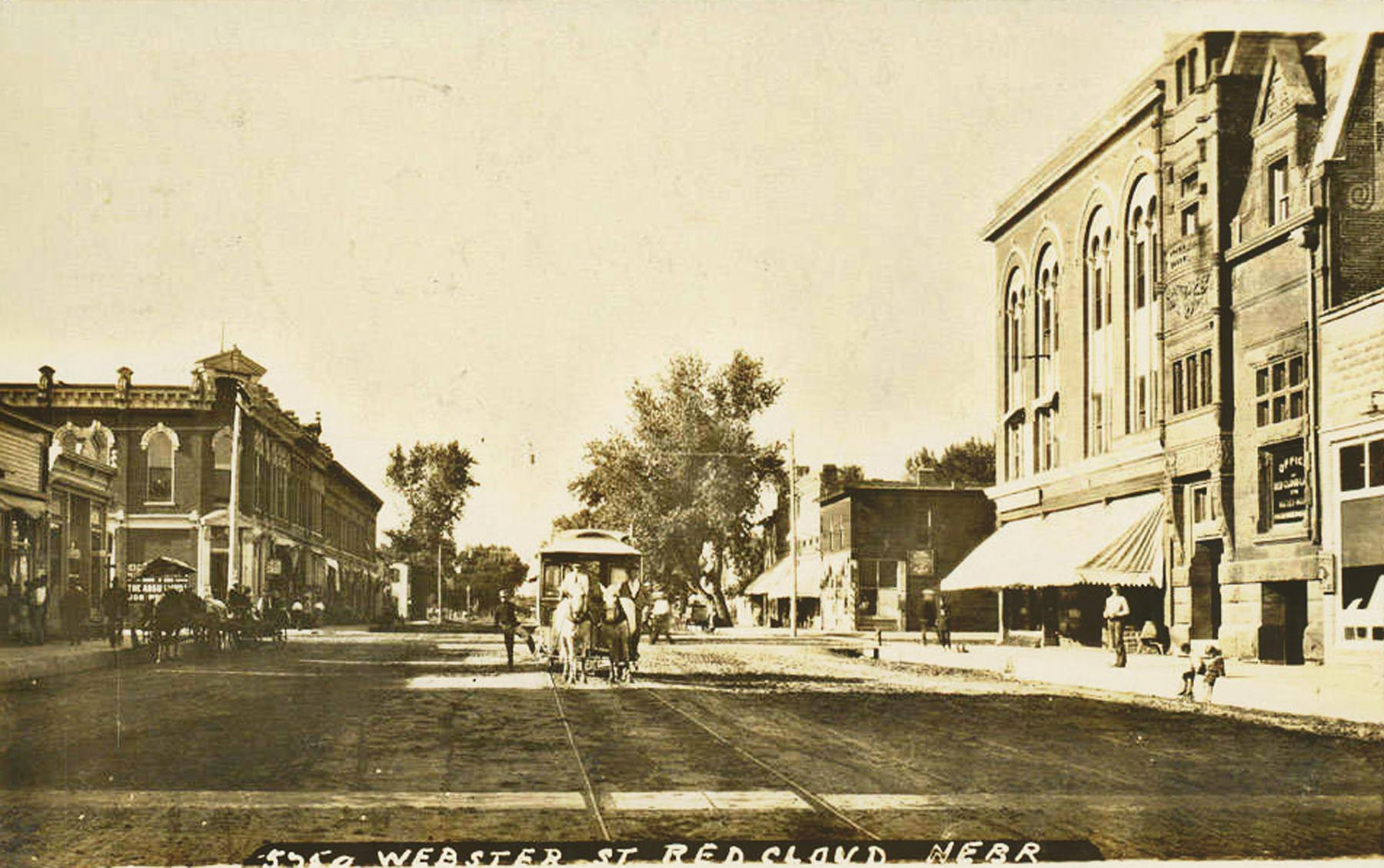 After running into financial difficulties, the line was sold to Lloyd Crabill who was able to make it a paying enterprise. Increasing the fare to ten cents, securing a mail contract, and coupling services with his already existing hack line, Crabill made it a paying proposition. He also purchased one of the livery barns that was located on the northeast corner of Fourth and Elm. After doing so he extended the track to that location so the cars could be off the street when not in use. By 1907, with the exception of a stub line in Omaha, Red Cloud had the only operative streetcar line in the state. 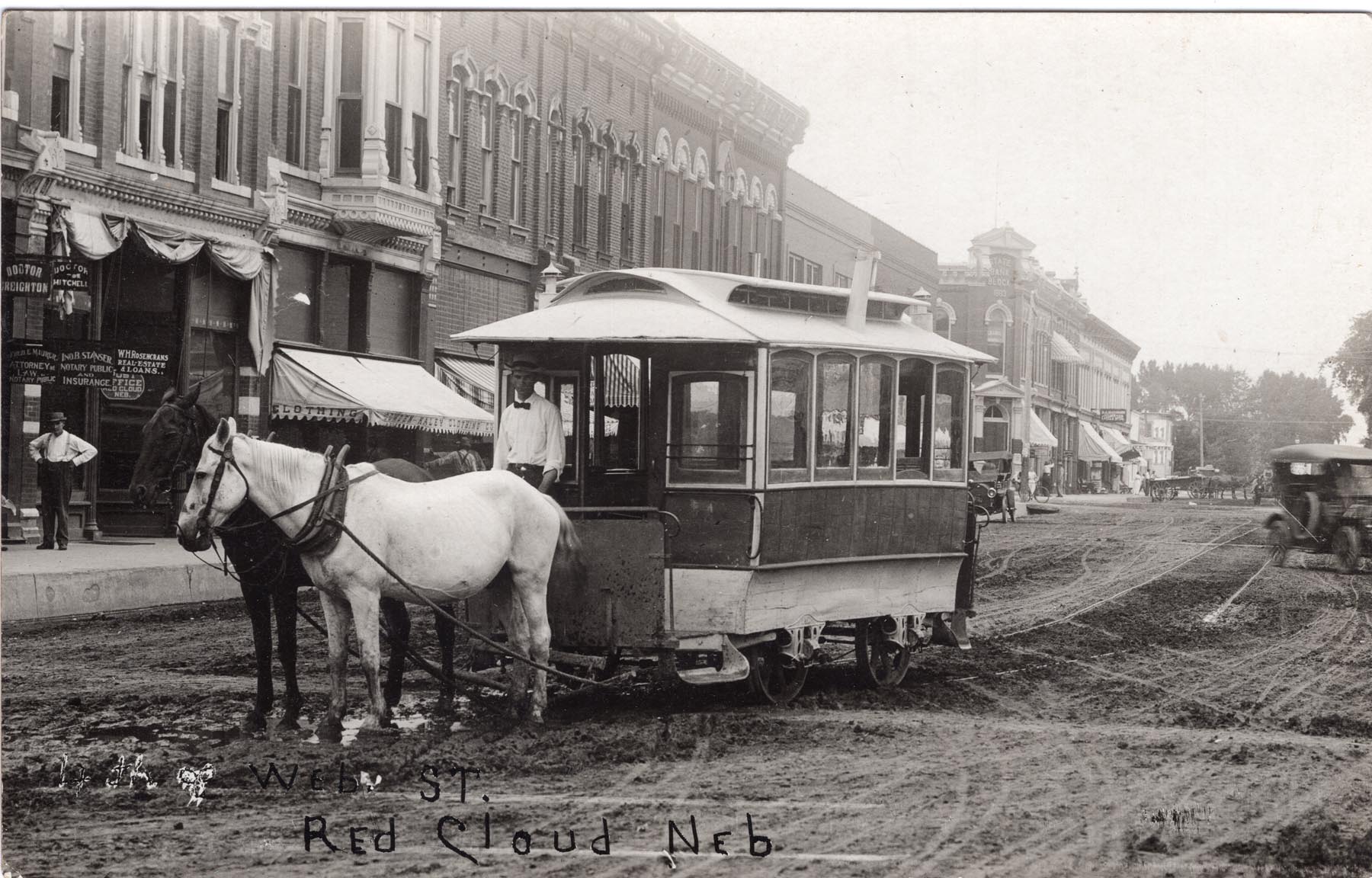 Once the earlier franchise had expired, it was purchased by Charles Schultz, who in turn sold it to R. W. Koontz in 1916. The brick paving of the streets in the summer of 1917 necessitated the track in the downtown area to be removed. However, Koontz came up with a special tongue and wheel system that allowed the streetcars to navigate both the paved sections and the existing rails. Despite these efforts, the street railway didn’t operate much longer. 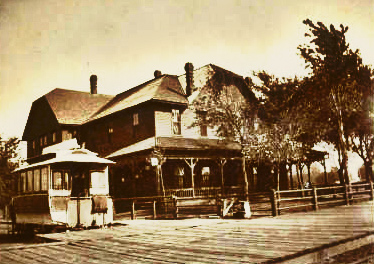 An attraction by itself, the streetcar most likely can be attributed to why such a large volume of early day photos exist of Red Cloud’s downtown.

*A piece of the rail, as well as other items, can be seen at the Webster County Historical Museum located at Fourth and Franklin Streets in Red Cloud.