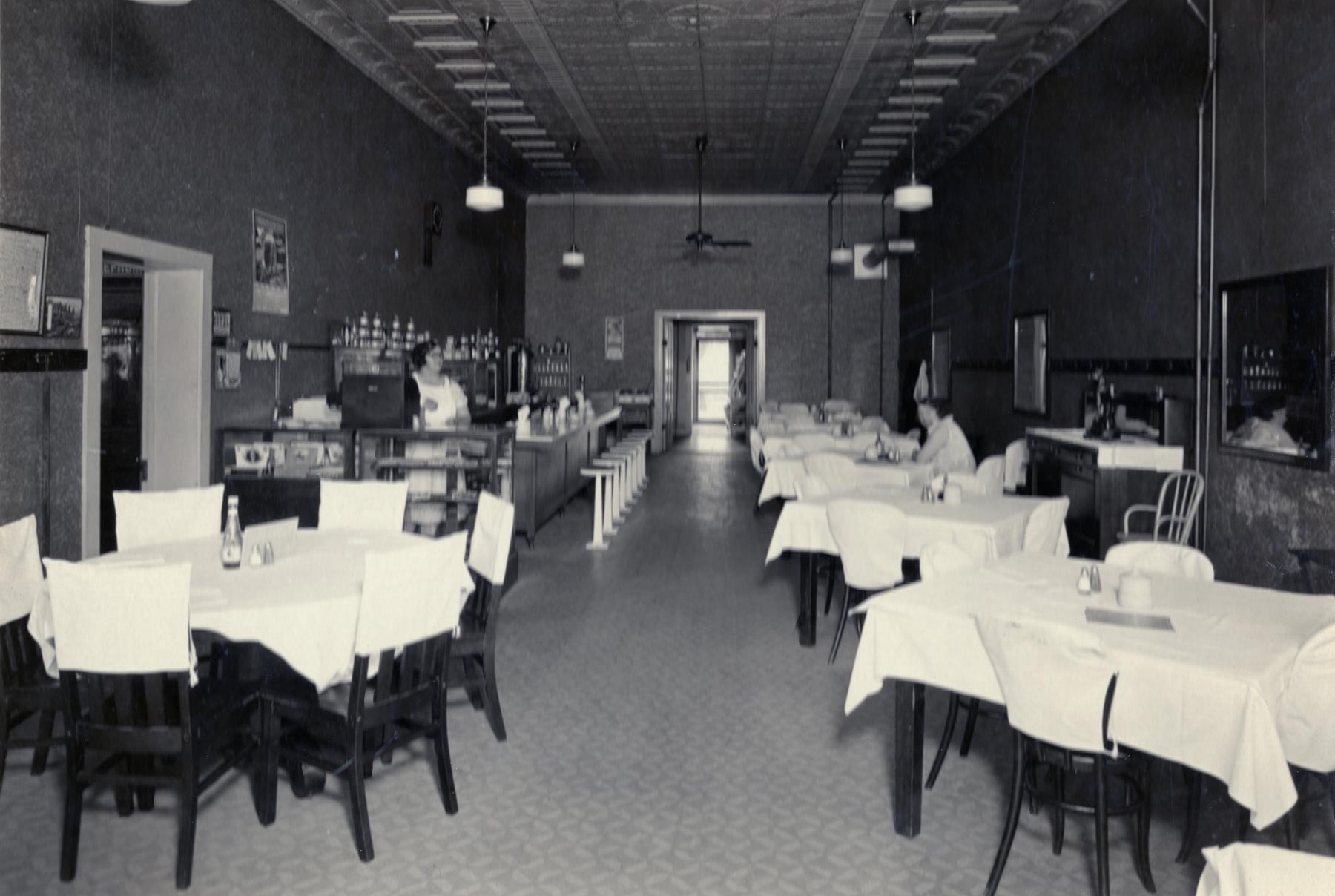 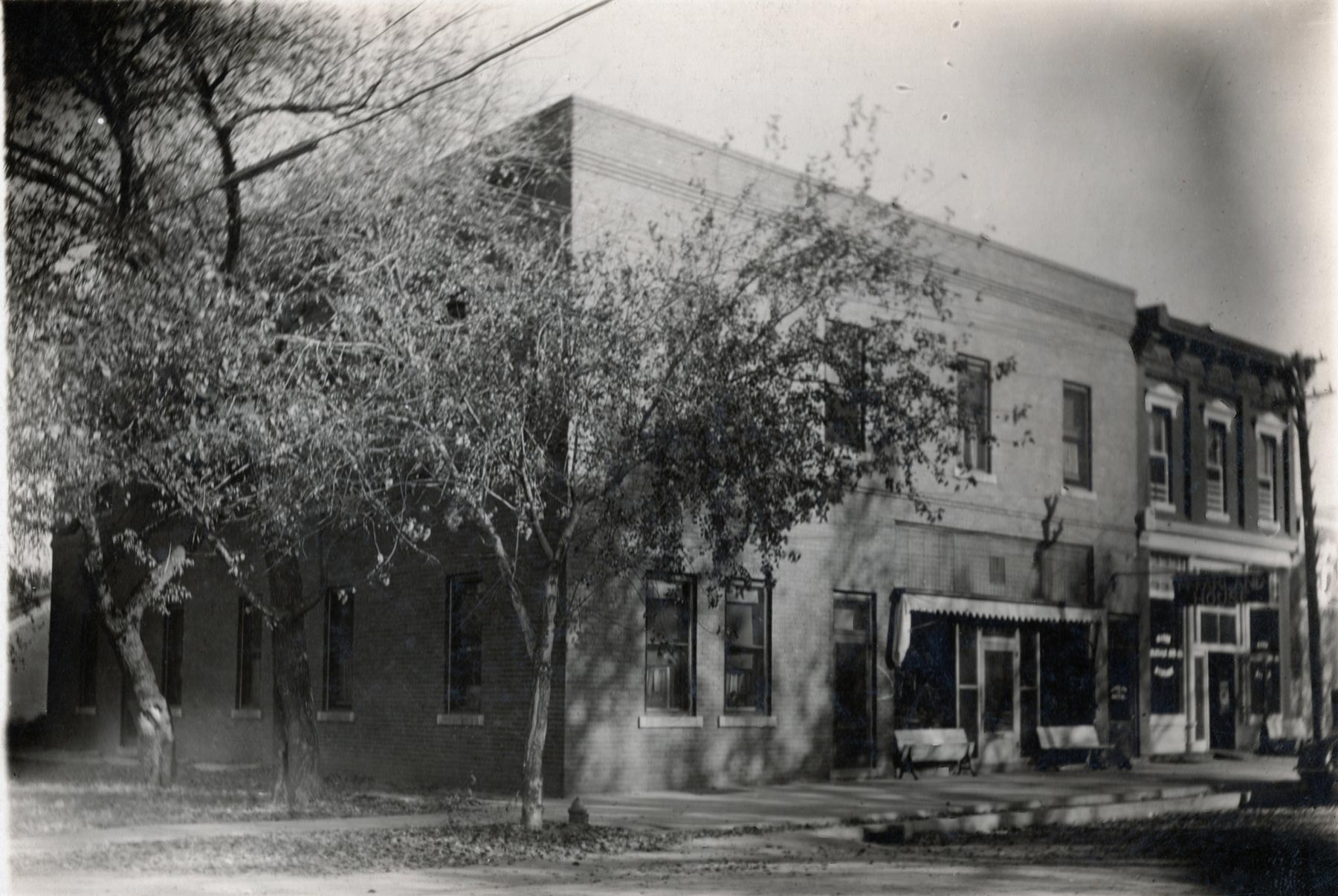 The McFarland Hotel was built on the lots just to the west of the 1899 building that the McFarland family had built to house their grocery business. W. J. Scrivner, a local builder, was the contractor. These photographs were taken when the McFarland was owned and operated by Bruce (W.B.) and Grace Frame from 1920 to 1945. During these years they operated a restaurant in conjunction with their hotel. 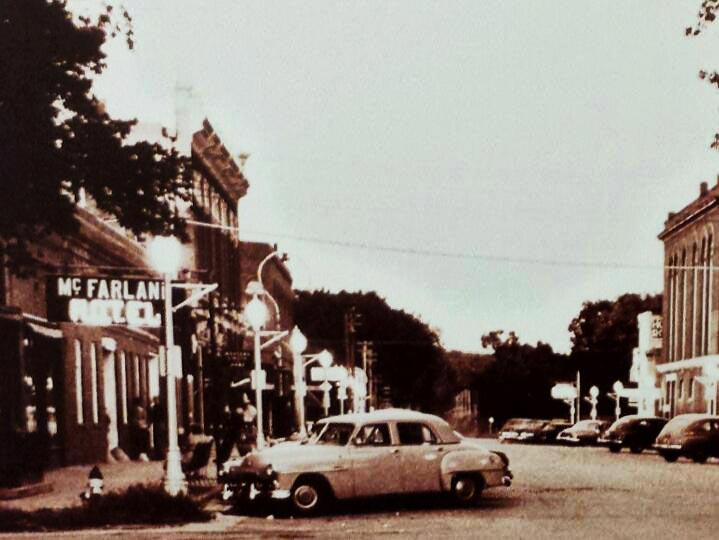 Other businesses have also operated from this location. These have included various beauty shops including those of Ferne Tompkins, Mary Lukas, and Linda Buckles, as well as Gilbert Beck’s plumbing business.