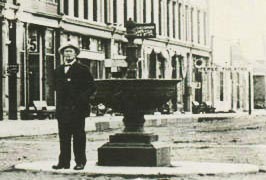 Gentleman Standing Next to WCTU Fountain in 1914

Another beautiful structure to serve as sentinel at this same intersection was a large ornate cast iron fountain. It was placed there in 1908 through the efforts of the local Women’s Christian Temperance Union (WCTU). Reports in the local newspapers note various labors they went through to make the fountain a reality for the town. The manufacturer/designer is not known. Wishing everyone to have clear thoughts, they saw that it provided fresh water for one’s team, oneself, and even one’s dog. By 1915, the local paper reported its unsightly appearance and it was removed sometime thereafter. After that it adorned some yards in the community, and was even thought to be AWOL for a period of time. Eventually, a permanent home was found for it on the front lawn of the Webster County Museum located at West Fourth Avenue and Franklin Streets in Red Cloud. The fountain was replaced with an aluminum flag pole. One of the last recorded occasions involving a structure being placed at the town’s main intersection was that of a community Christmas tree in which gifts were gathered to ensure that everyone would receive. 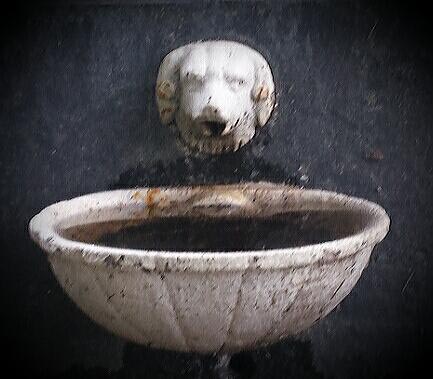 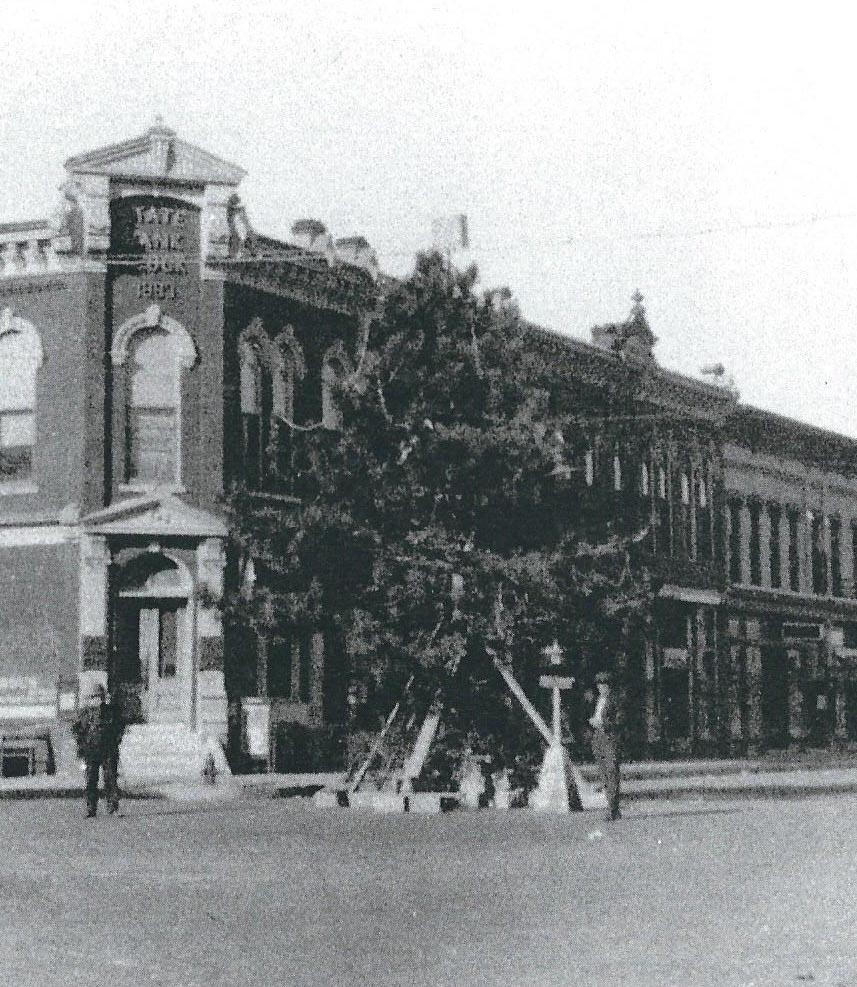 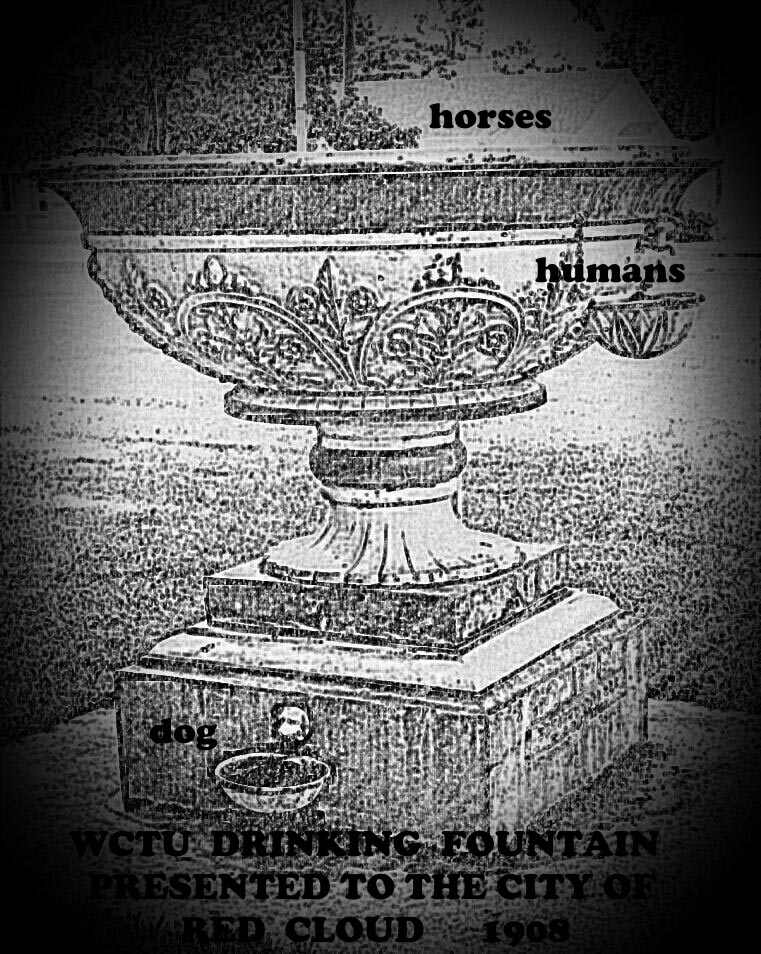