Over the years, an apparent joy and need of the community has been bands – all kinds of bands. Towns of earlier periods took much pride in their bands and were willing to invest in their efforts. Much of the enjoyment associated with bands was noted in the local newspapers. However, the names of individuals and groups that shared their talents weren’t. Of mention sometimes were those individuals who assumed the title of band leader. Oftentimes this was a paid position. Therefore, much time and effort was devoted to soliciting just the right leader who possessed the ability of harnessing local individual talents into a harmonious group – something that the whole town could be proud of! 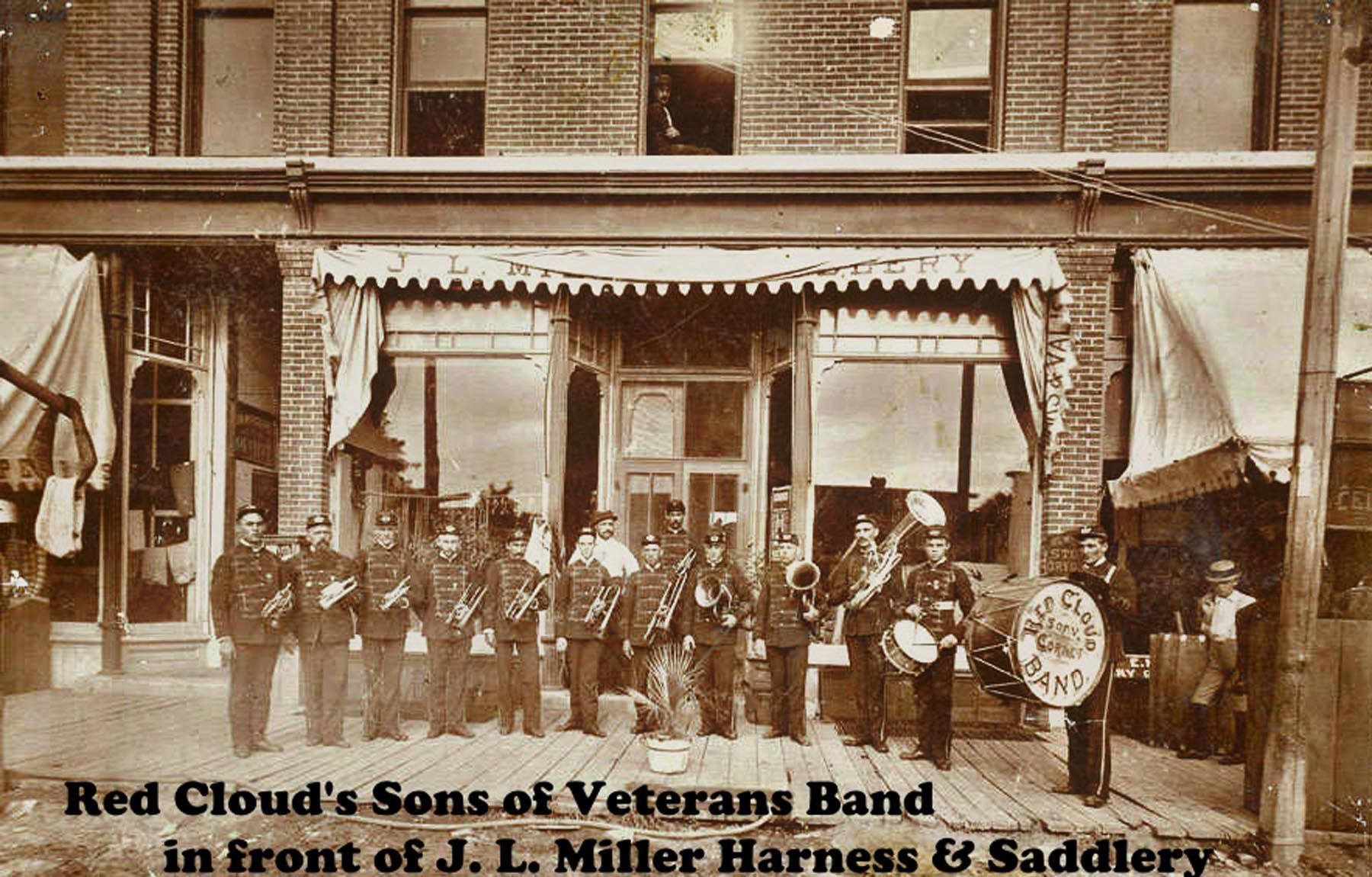 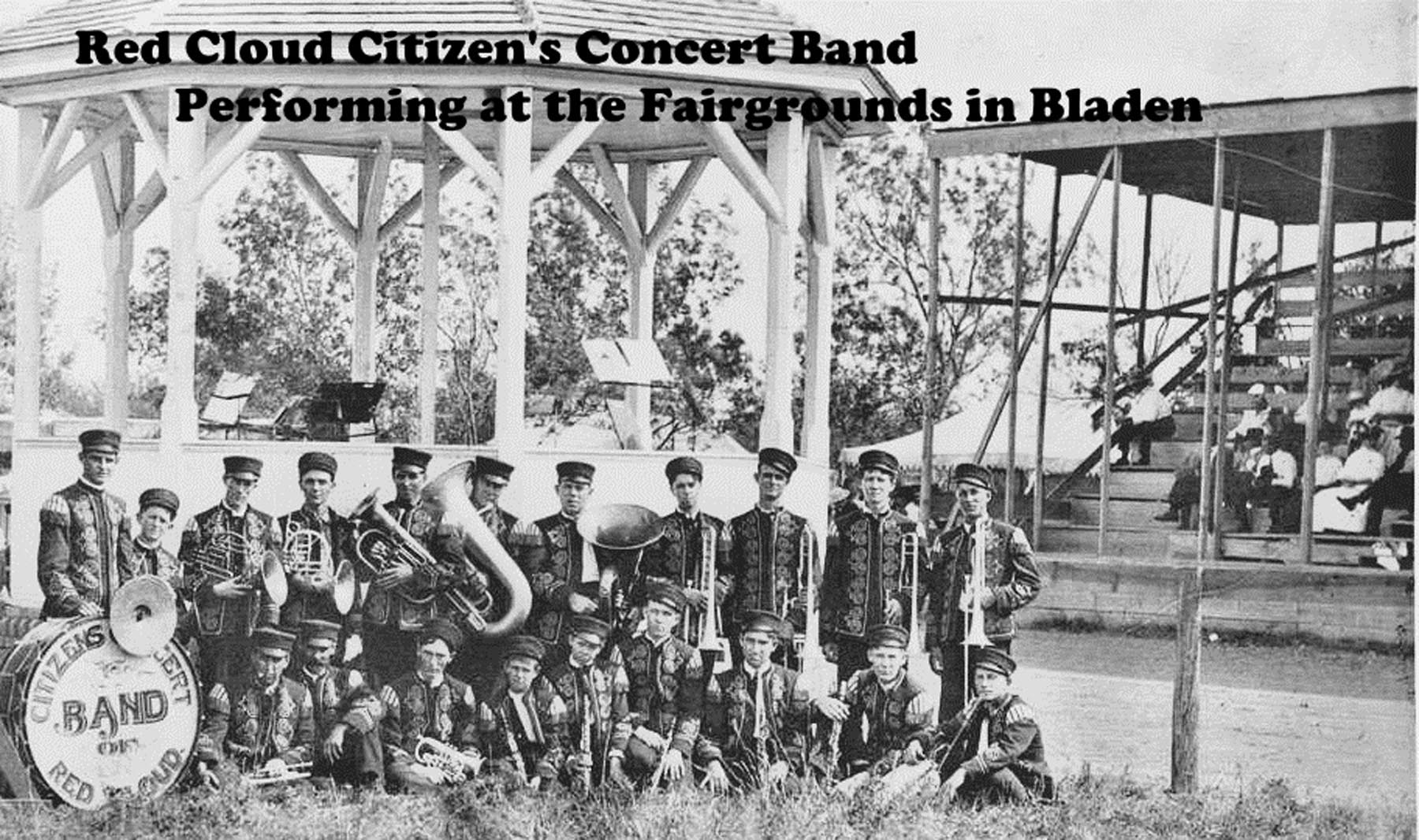 Old newspapers diligently recorded notices for practice times, as well as their scheduled activities and performances, as well as critiques. Once a band had attained a favorable rating among their citizens the word spread fast. This prompted surrounding communities to try to secure their services, as well. Easy access to multiple engagements was made possible by the extensive rail system. It appears that a great number of employers must have also been sympathetic to their cause, as many of their engagements occurred on weekdays. Entertainment from the bands was also a major part of the local horse races, ball games, and activities of the local fire department, as well as evening concerts on the courthouse square and other locations around town. Some of the bands boasted by the community over the years included various Sons of Veterans Bands, Red Cloud Concert Bands, and Cornet bands for men, as well as the young ladies of the community. Instruments were many times provided by sponsoring organizations. 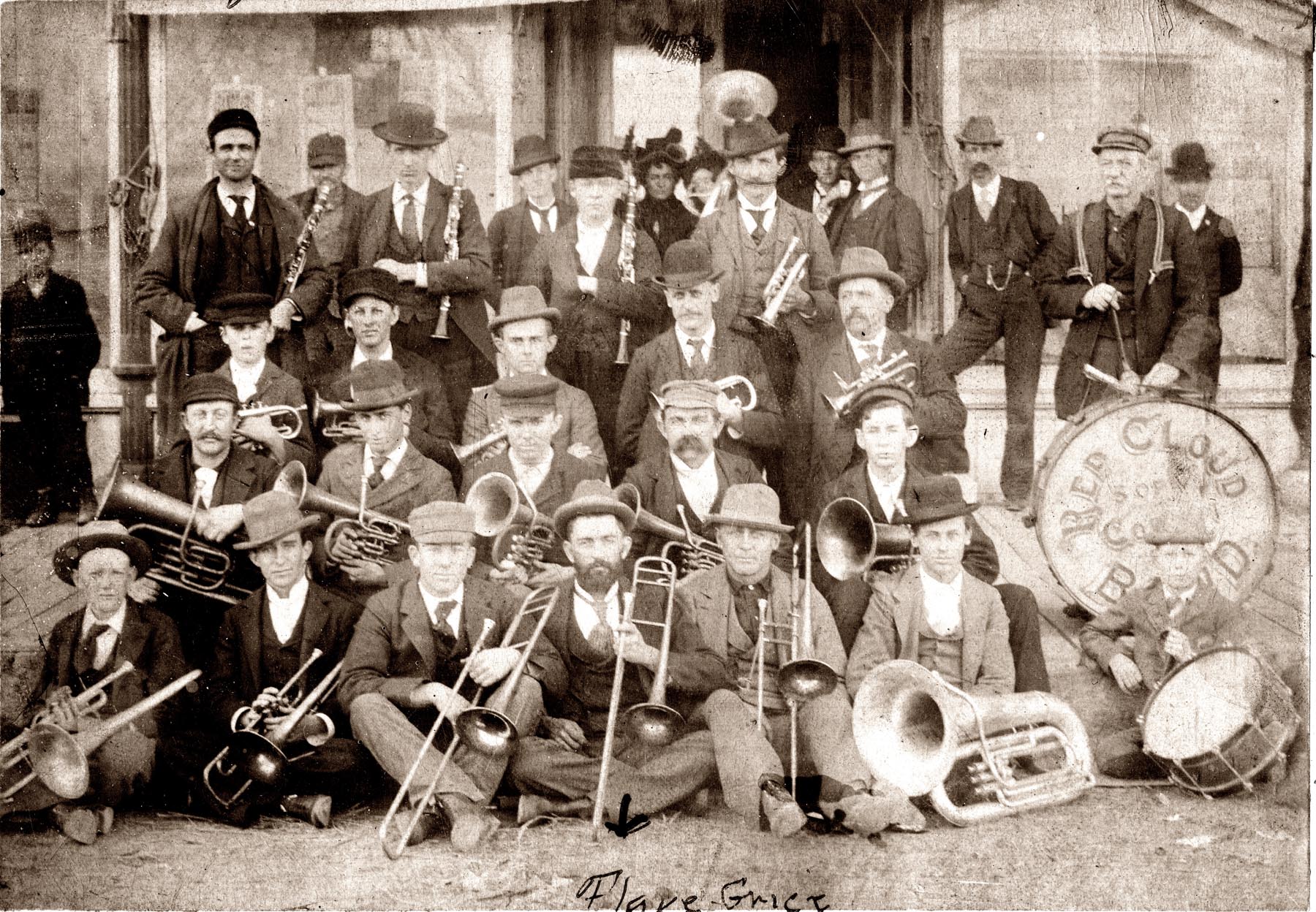 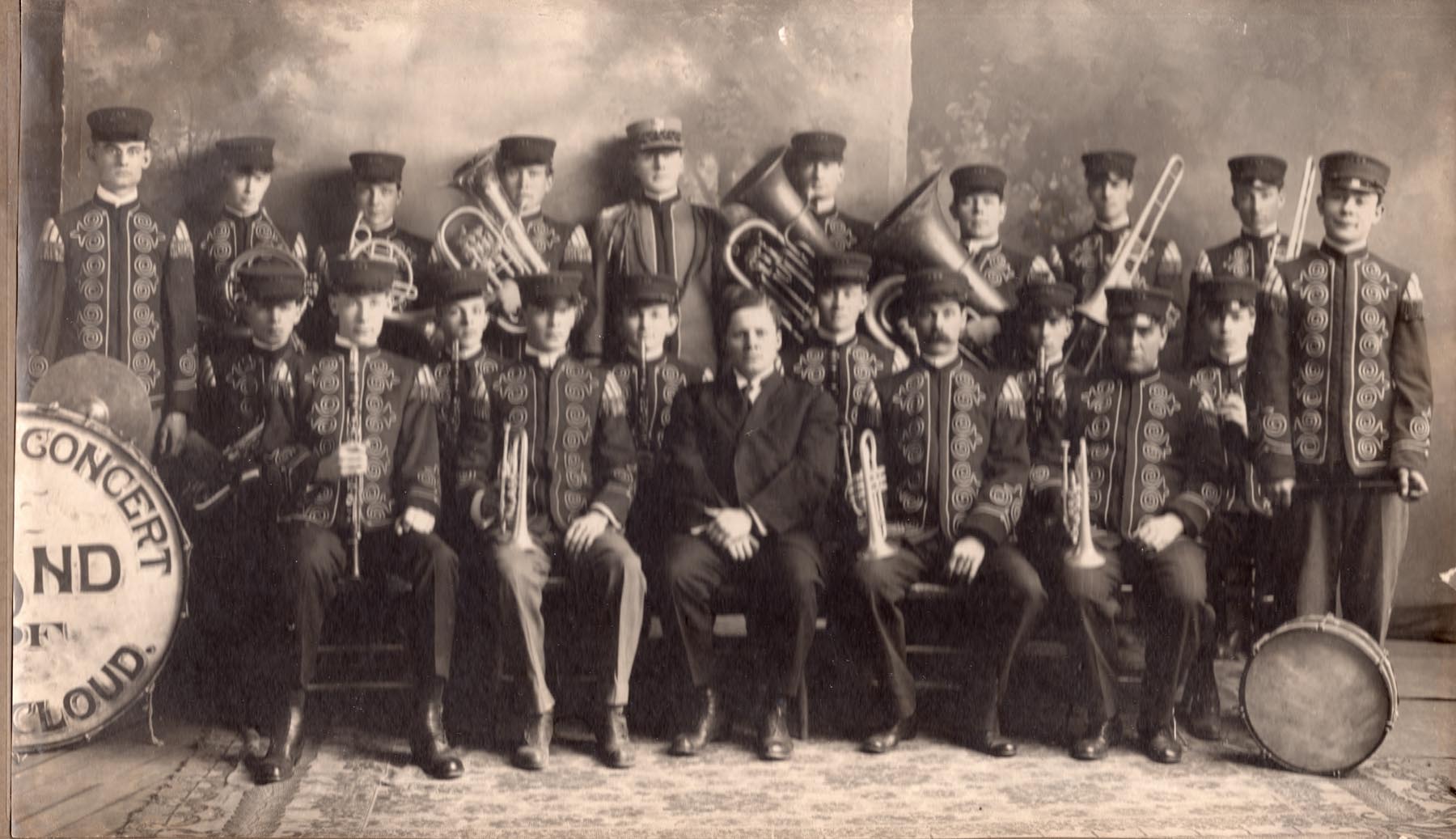 During the 1920’s, Red Cloud had a great town band directed by Professor J. D. Betz. The band gave summer concerts every Thursday night on a platform located on the northwest corner of the courthouse lawn. A few enjoyed the music from benches but most listened from their vehicles which were parked around the block’s perimeter. They conveniently used their vehicle horns to display approval of the performances.

After viewing years and years of recorded newspapers, one constant appeared universal: A great amount of enjoyment and enthusiasm was elicited when others lent their time and talents to “strike up a band!” “Everybody loves a band!” 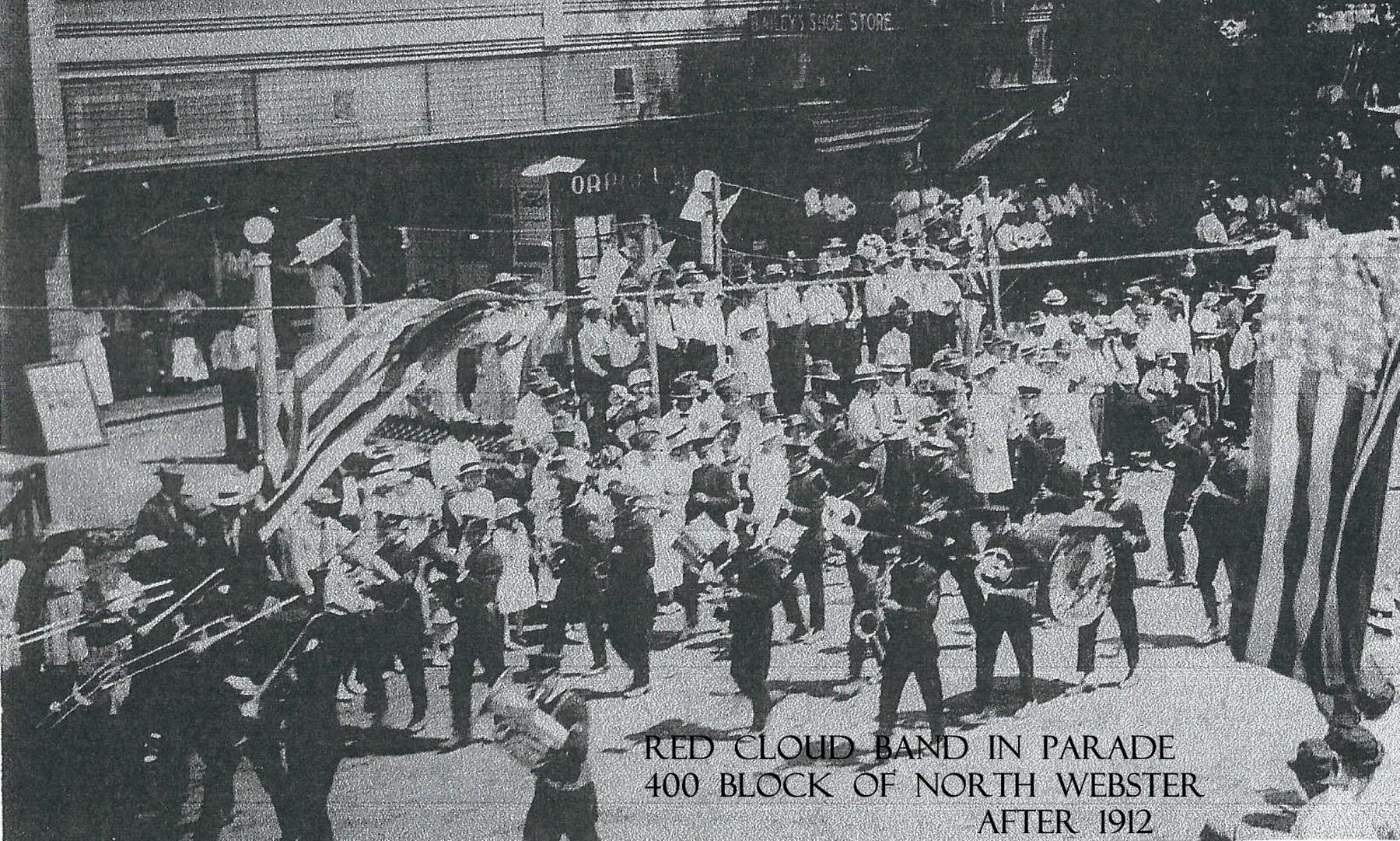