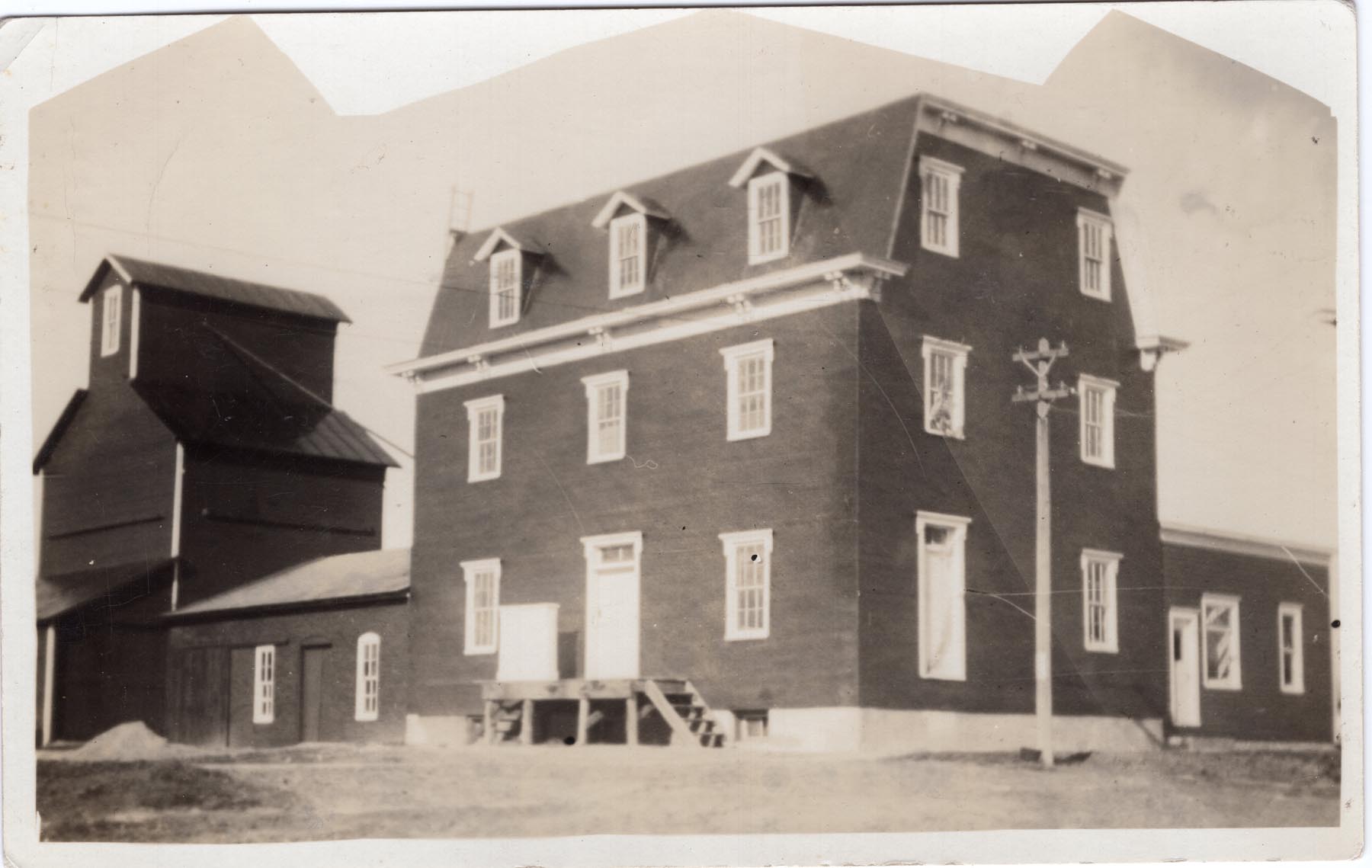 One of the early businesses located in the 100 block of North Webster Street included The Red Cloud Milling Company. This mill joined other mills – both lumber and grain – that had previously or were currently in operation in the area. The gambrel-roofed two and one-half story mill, as pictured, was constructed of concrete block and measured about 80′ X 30′. A grain elevator and other structures were also a part of the business.

It milled four grades of wheat flour, as well as rye and graham flour, bran meal, and other products. According to an April 1886 issue of The Red Cloud Chief, the stockholders of the Red Cloud Roller Mills were proposing to put in a roller corn meal mill with a capacity of 100 barrels a day. In 1901 it was running at a daily capacity of 80 barrels of wheat flour, and it was reported that their only trouble was trying to keep up with the demand. Their top-of-the-line product was called “Red Cloud’s Best” and featured a likeness of Chief Red Cloud on the sack. The mill was located on the northwest corner of West First Avenue and North Webster Street. 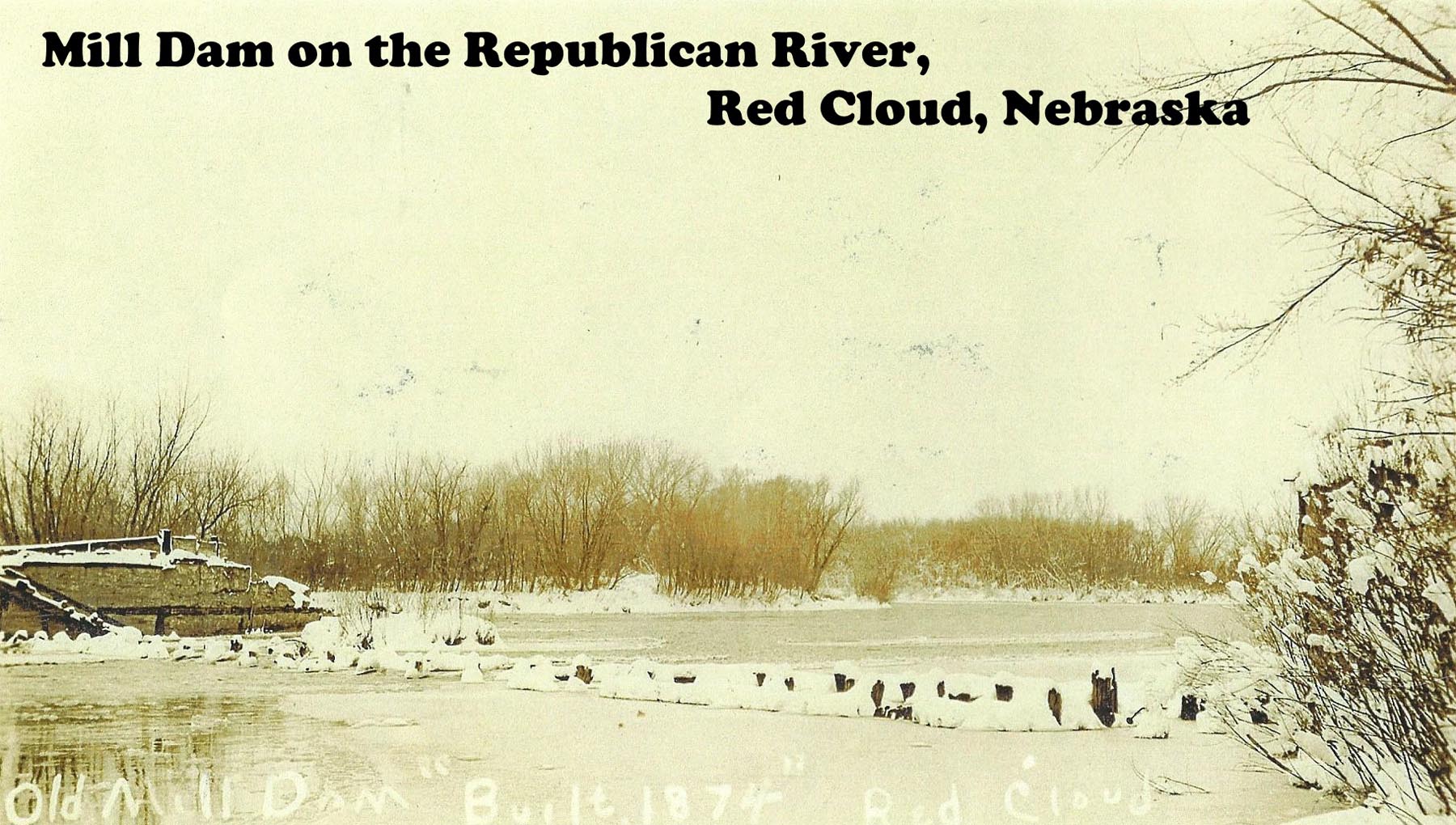 The first Red Cloud mill was constructed in 1872 by Jacob and John Q. Potter. It was located south of town along a creek and was a saw mill. The first issue of The Red Cloud Chief reported that George Hummel was assisting John Q. Potter in freighting saw and flouring mill machinery to Red Cloud. This was no small feat as it required the services of nineteen to twenty freight teams. The equipment was hauled over 90 miles of unbroken prairie from Swan City in Saline County. This mill also known as the Red Cloud Mill later operated under the proprietorship of Frisbie and Potter. Another one of the Potter mills was located on the Republican River. The dam for it is shown in the above photo.
During the 1920’s and 1930’s, S. D. Smith was the mill’s owner. People bought cracked wheat from the mill during the Great Depression. This allowed them to provide a cooked, but cheap, breakfast meal for their families. 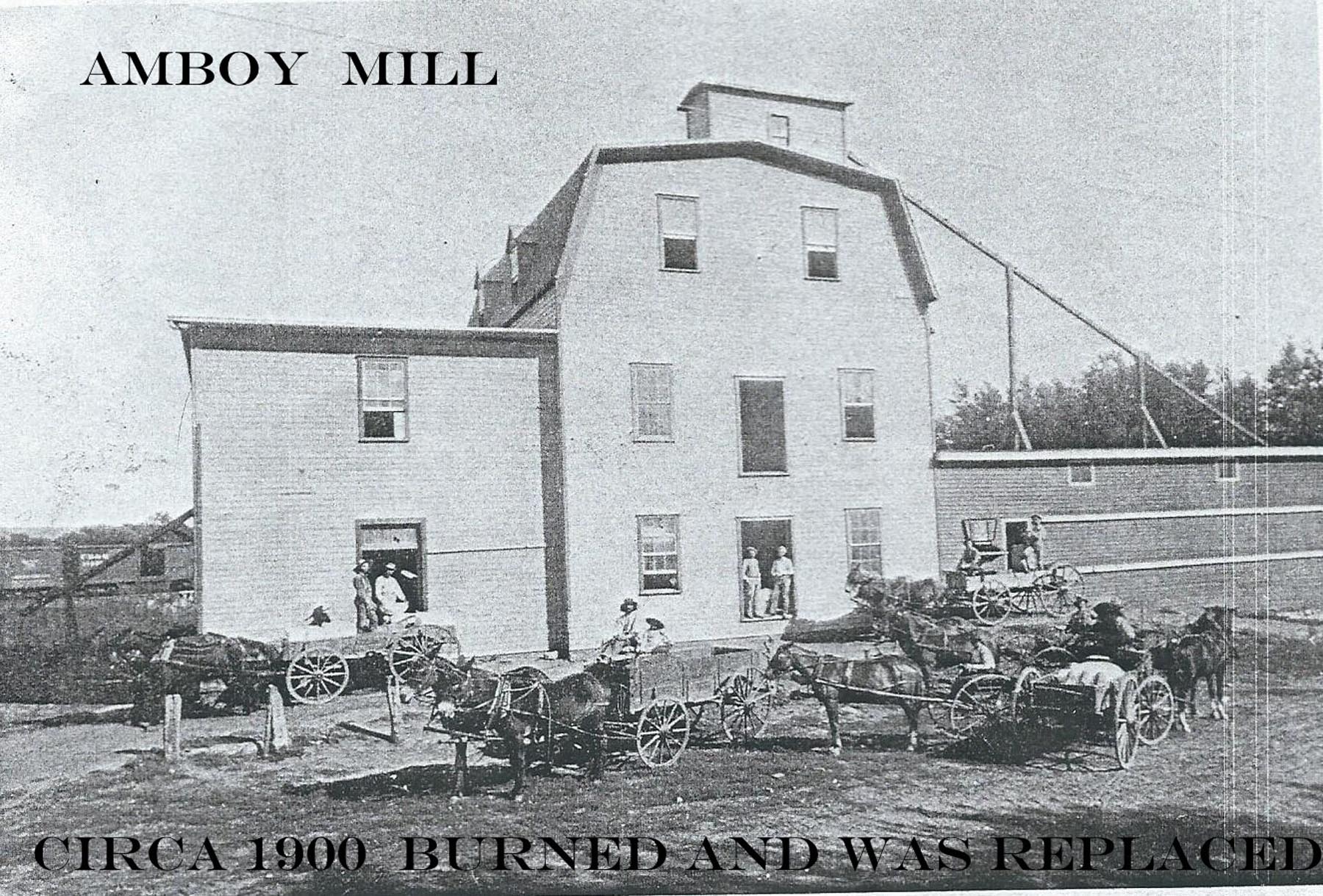 A mill structure still exists in the settlement of Amboy located four miles east of Red Cloud. It last operated in 1959. According to a September 1886 issue of The Red Cloud Chief, the Red Cloud and Amboy mills were furnishing area farmers with a splendid market for their wheat and the two mills were grinding more wheat than any mills west of Omaha.