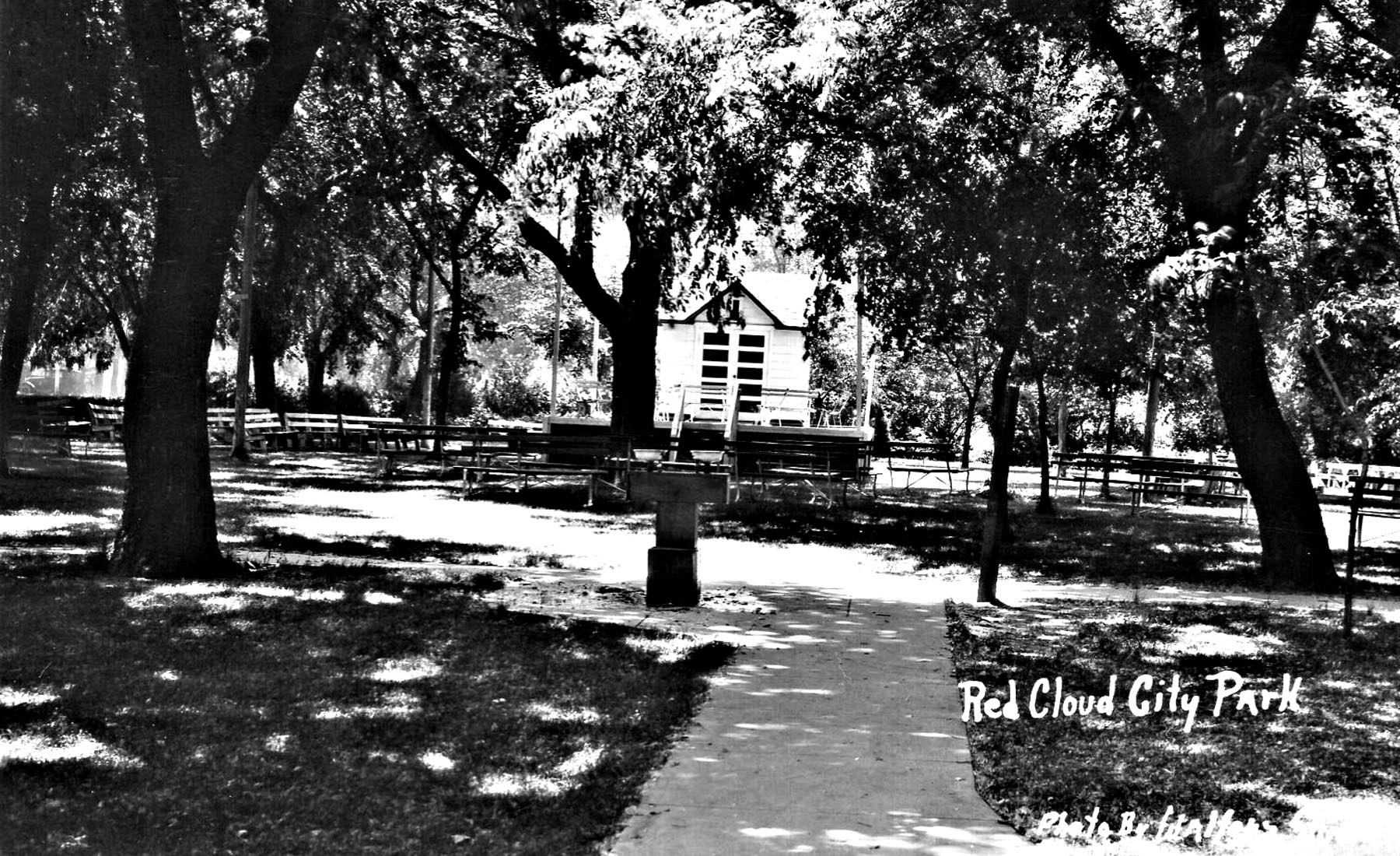 The city park as we enjoy it today was a project that began in 1923. It was highly impacted by a local organization known as The Business Women of Red Cloud. This monumental task was one of their more ambitious improvement projects for Red Cloud. With the objective of ridding their town of unbecoming sites, they along with others set about removing rubbish, clearing areas, and leveling the land. After the bulk of the businesses at this location had relocated to the 300 and 400 blocks along Webster Street, the area had become neglected. 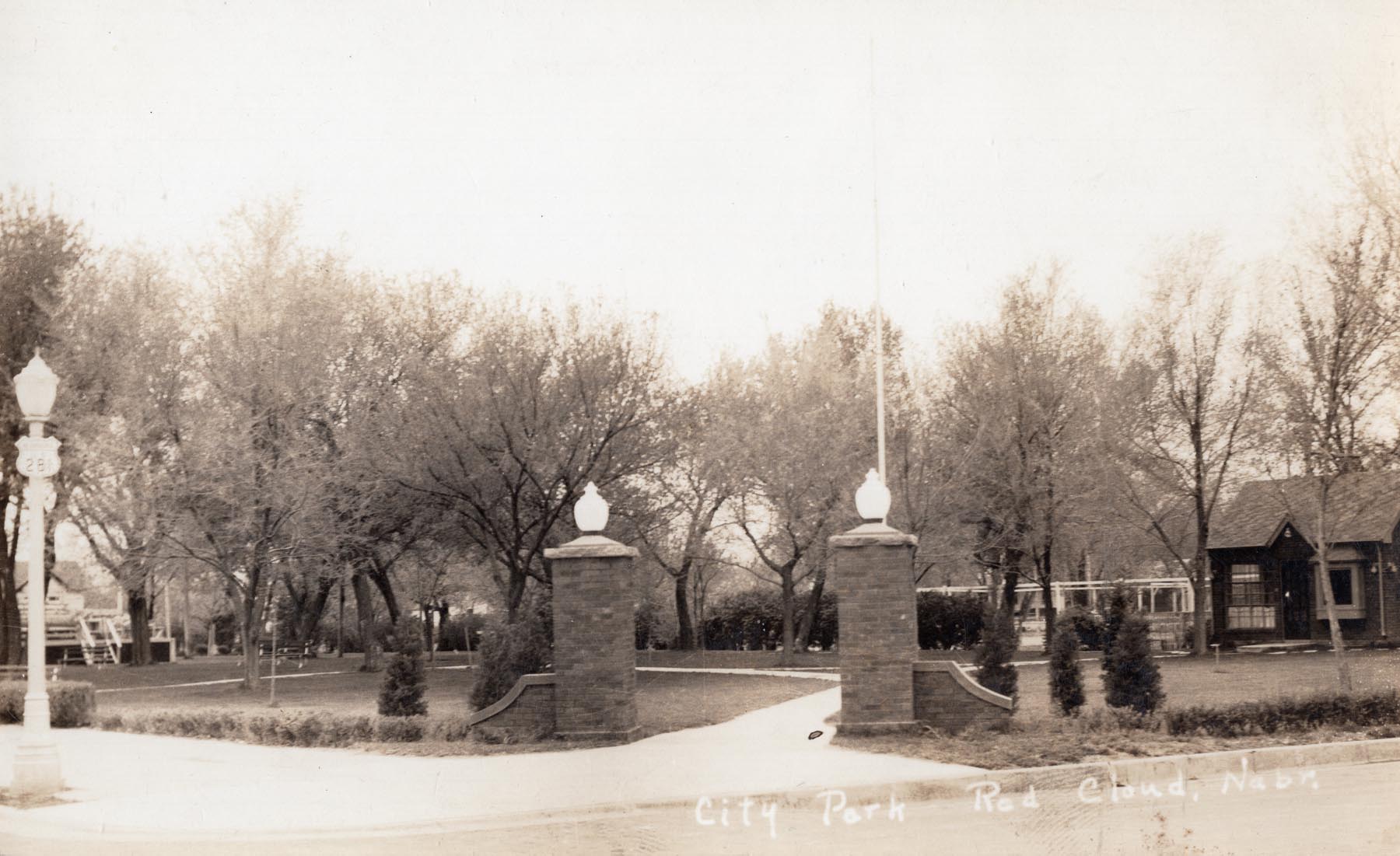 After the site had been readied, they went on to plant grass, flowers, shrubbery and trees. At one time the perimeter was surrounded by low-lying shrubbery and beautiful flowers. Other renovations included a bandstand, benches, sidewalks, entry lights, drinking fountains, and gazebos. Another feature enjoyed were the brick barbecues (now updated). The original brick restroom was once a filling station that was relocated from where the post office now sets. 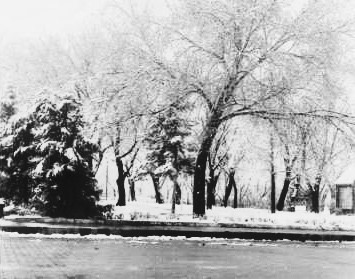 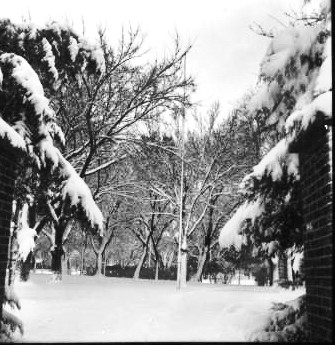