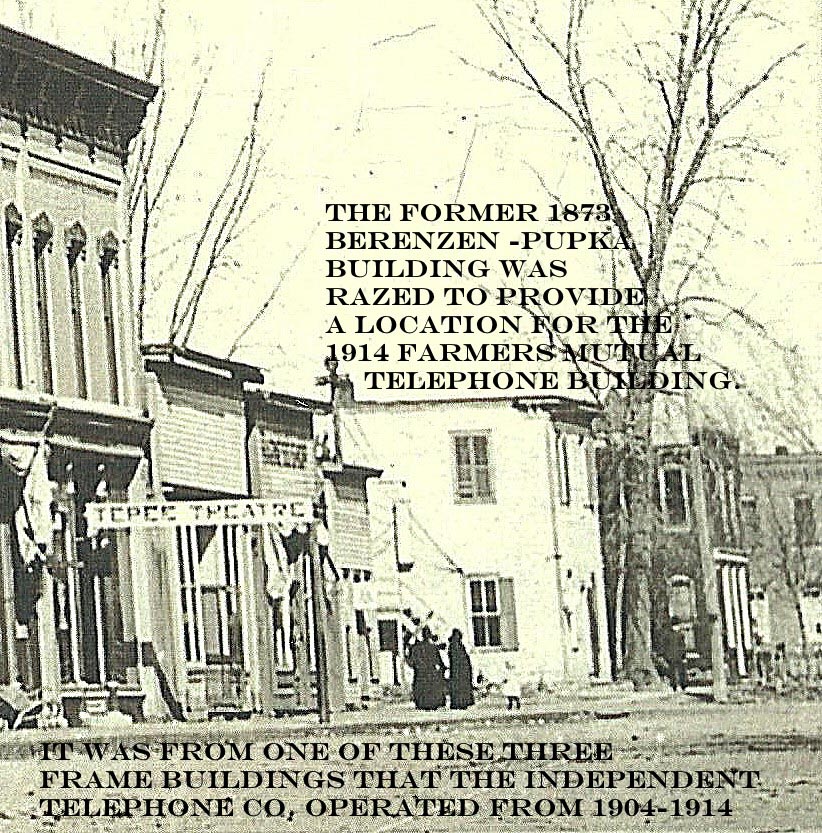 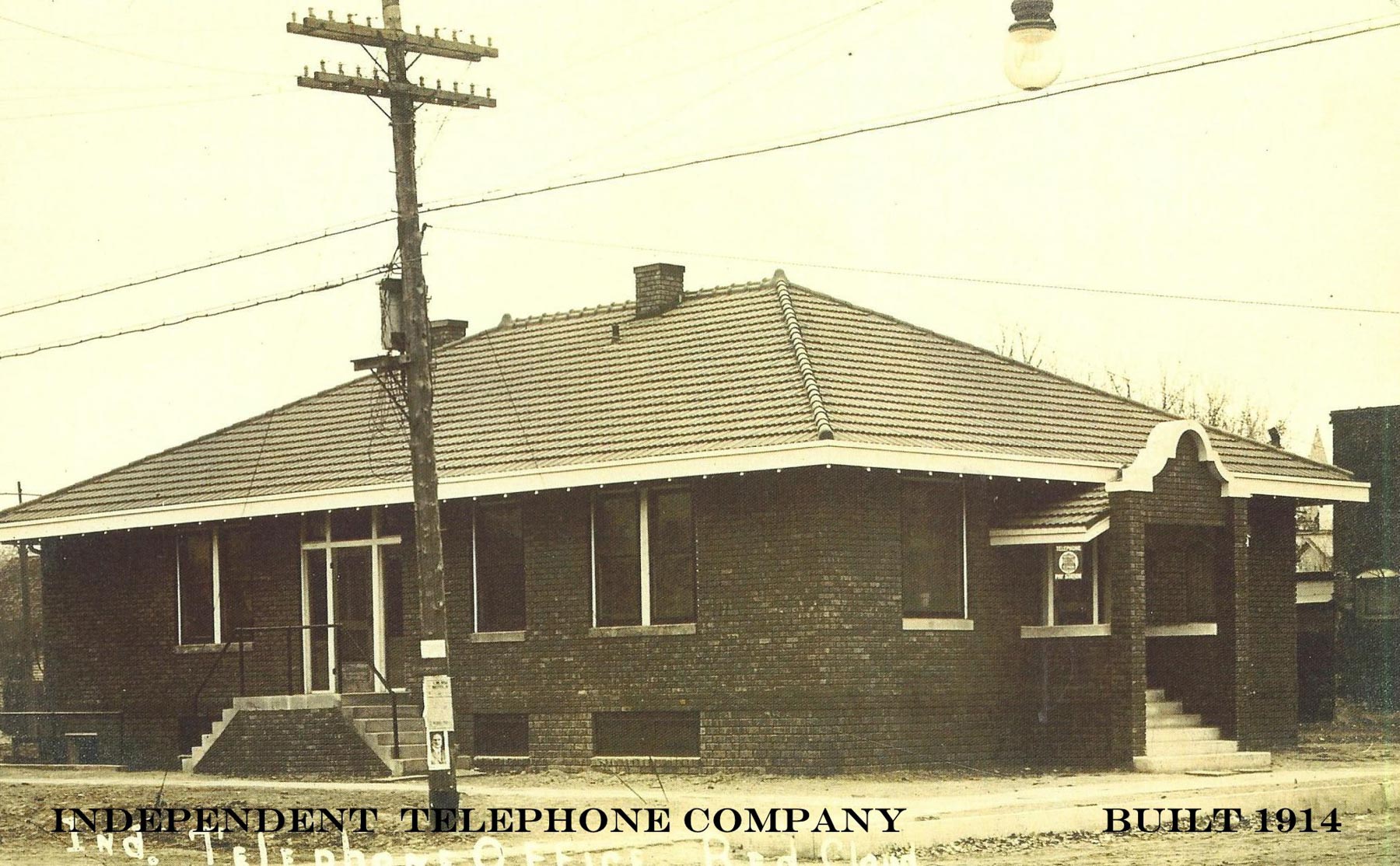 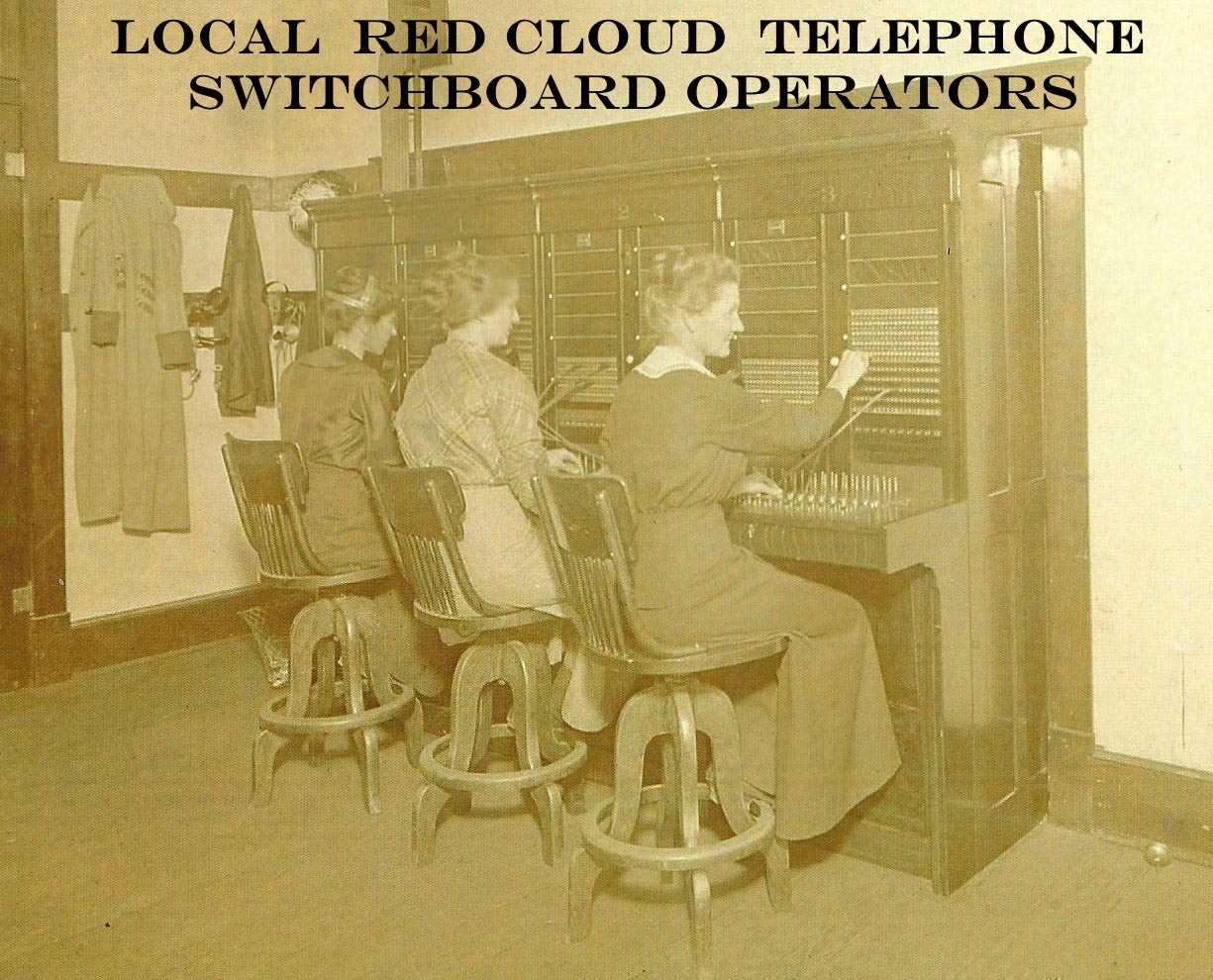 The first known building on the northwest corner of Fifth Avenue and North Webster was an 1873 native stone structure belonging to Martin Pupka and John Berenzen. At some point the stone was later covered with wood siding. This structure remained at this site until it was razed in 1914 and replaced by the current building. The purpose of the new building was to house the workings of the Farmers Mutual Telephone Company. Since it was also to be the home of the company’s system supervisor, a design was chosen that resembled a home. The living quarters were to the rear. Also known as the “Independent,” from 1904 to 1914 it was located in Dr. Reed’s building which was one of the three frame structures that once stood north of the Moon Block. Acting as “central” for the company was Mrs. Frank Sleeper. It was her job to make sure everything operated as accurately as possible since the act of connecting the phone line of the caller with the line being called was done, manually, one at a time! During this period the company had six different phone lines coming into Red Cloud. This made them larger than their competitor, Lincoln Telephone and Telegraph, which also served Red Cloud.